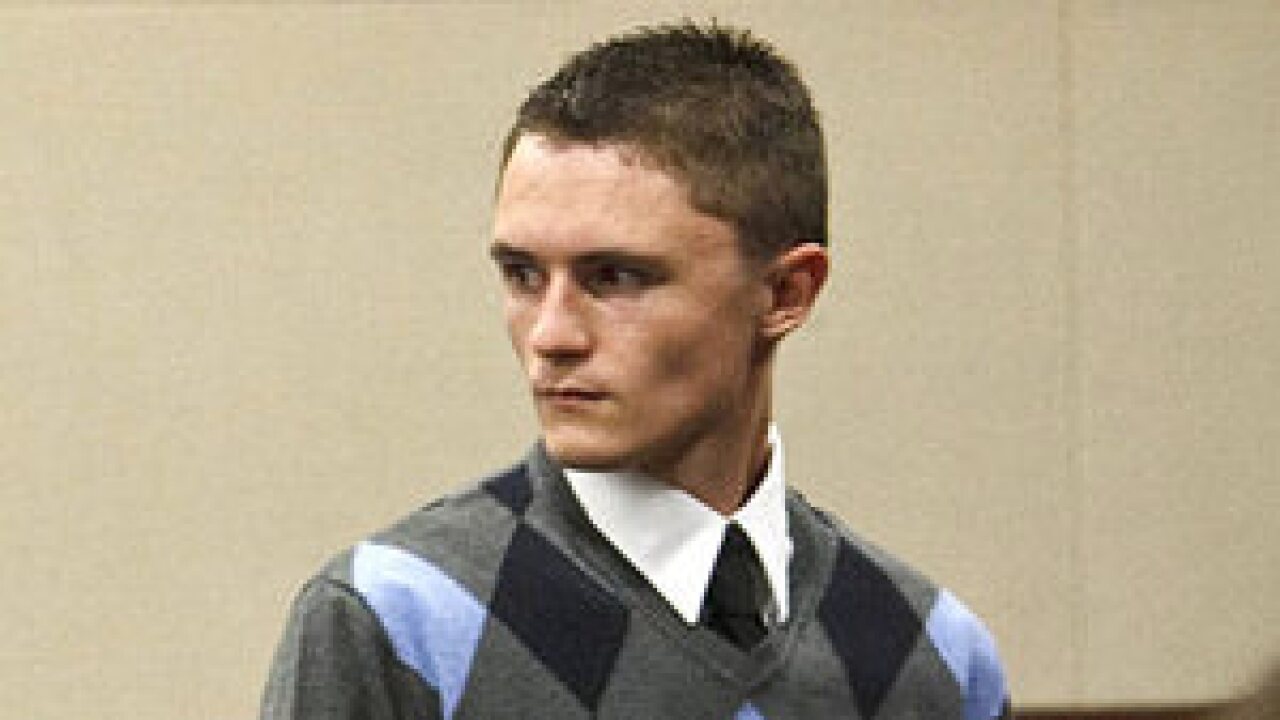 One of the teens charged with planning to bomb Roy High School appeared in court on Wednesday.

Dallin Morgan, 18, is charged with felony use of a weapon of mas destruction.  The hearing at the 2nd District Court in Ogden lasted fewer than five minutes as the official charge was read.

Morgan and another teen, both students at Roy High School, were arrested on Jan. 25 for allegedly plotting to blow up the school during an assembly, steal an airplane and fly to another country.

When asked by Fox 13 if he had anything to say, Morgan said “No comment.”

Judge West said the goal is to have both Morgan and his alleged co-conspirator, a 16-year-old Roy High student, at the next hearing, which is planned for Feb 23.  However, the 16-year-old suspect remains in juvenile court custody.  He must go through a process including several steps to be certified as an adult in order to appear at the same hearing as Morgan.