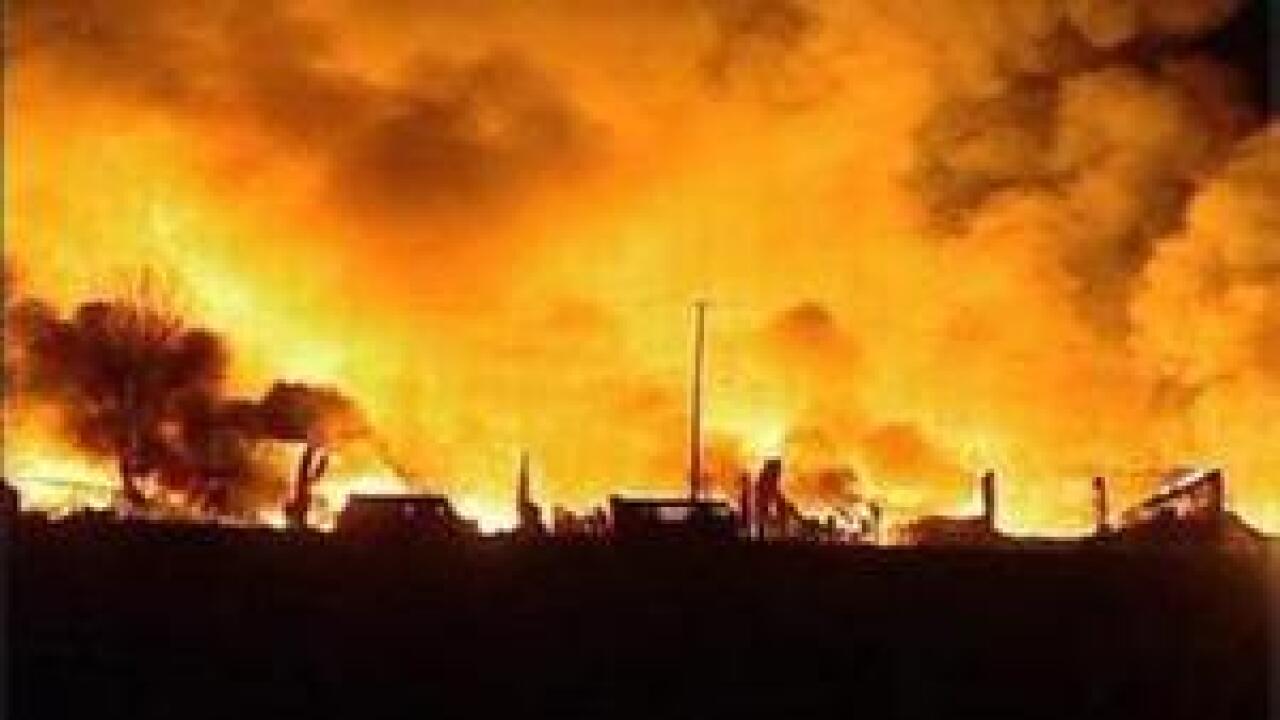 A fire destroyed several buildings at the Pioneer Sawdust Company on Friday morning.

When crews arrived at the factory, located at 621 Fulton Street, they found flames and smoke coming from multiple structures on the one acre site.  In it’s third generation of family ownership, Pioneer Sawdust Company lost one of its largest building, with more than 8,000 cubic feet.  It is now nothing more than ashes.

The fire spread so quickly and firefighters focused on containing the blaze first, said Scott Freitag, of the Salt Lake City Fire Department.  The fire did spread to nearby business, including a pallet and wood company.

“This was his life,” said Brandon Hosely, of Peck Pallets, Inc. about the current owner of Pioneer Sawdust Company.  “Unfortunately, it’s not the kind of business you can just pick up and move because of where he gets his materials, so I think it’s going to be a rough go for him.”

“We know that just about everything on this property has received some fire damage, smoke damage and water damage,” said Freitag, of the Salt Lake Fire Department

Officials say the factory has been on this site since the 1950’s and the factory was closed when the fire started.  No one has been injured.  Investigators say the damages could well estimate  over $1 million.

“This was a third alarm fire, which means that we had upwards of 50 firefighters on scene.  Because of the size of the property over 1 acre and lots of equipment and buildings, it took that many to deal with this,” said Freitag.

Power poles in the area were threatened by the fire and a Union Pacific train route had to be redirected while the fire raged.