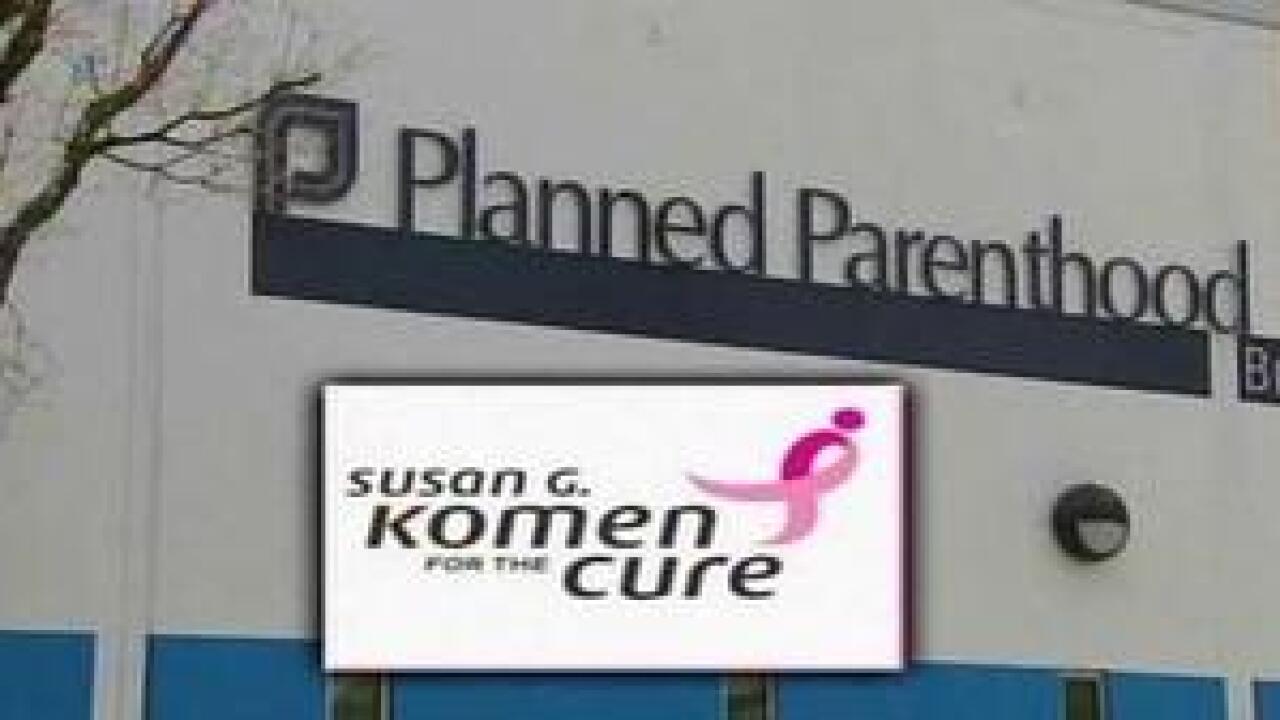 Susan G.Komen for the Cure is now abandoning plans to eliminate funding for Planned Parenthood. The retreat from their original plan followed a three-day firestorm of negative press.

“I am thrilled, to me it takes a big organization to admit a mistake and rectify it,” said Salt Lake Planned Parenthood director Karrie Galloway.

Planned Parenthood released a statement Friday saying they were grateful the Komen foundation “rescinded” their boycott for their usual grant process.

Planned Parenthood normally is given $700,000 a year by the foundation, but after Planned Parenthood was under investigation by a pro-life Republican congressman who wanted to ensure federal funds were not illegally being used to pay for abortion, that funding was temporarily cut off. Planned Parenthood denounced the move as politically motivated.

“It’s a source of funding that allows us to teach women how to care for their breast and to know self breast exams and to know what signs to look for,” says Galloway.

However, some are criticizing the foundation for bowing to political pressure from the left.

But many still say this is a big win for women’s health.