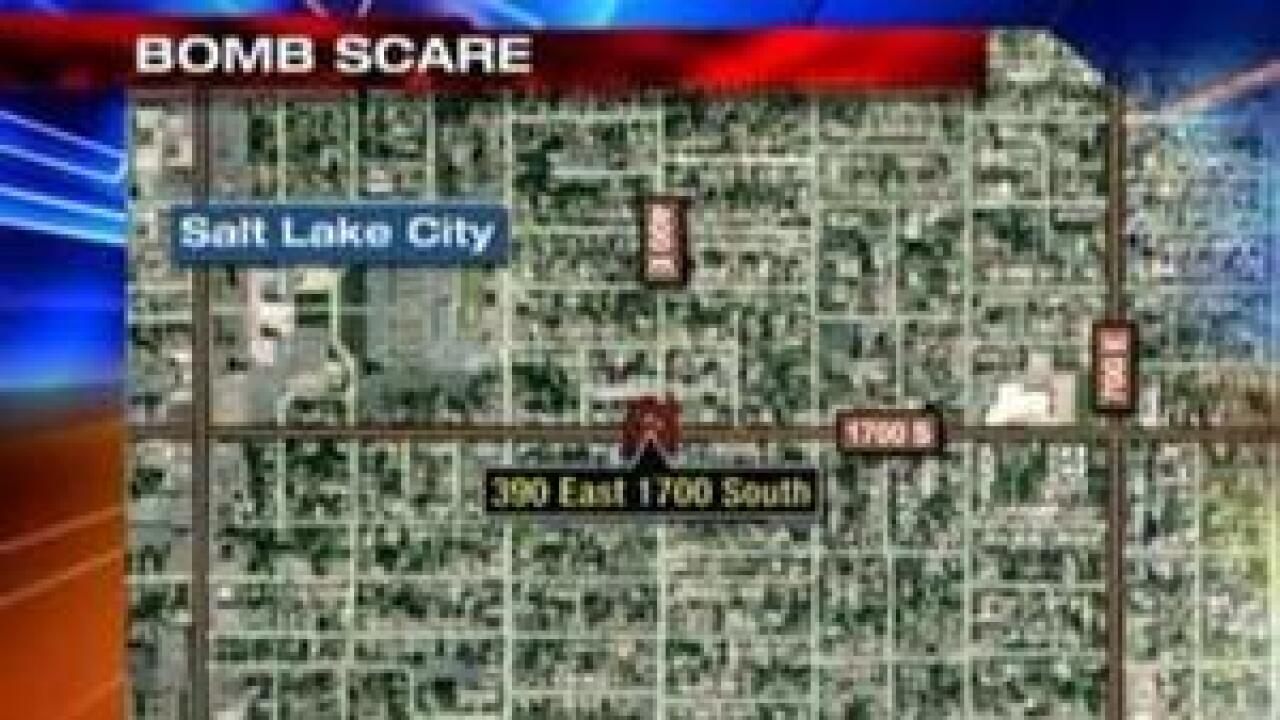 Police blew up a suspicious package outside of a Salt Lake City coffee shop on Tuesday night.

A man dressed in military style clothing entered the shop, pulling with him a hard luggage case.  He spoke with customers and employees about his military experience.

Customers say the suspect was acting strangely and left the shop without taking the suitcase.  When employees carried it outside to give it back, the suspect kept walking.  The employees then called police.

The bomb squad determined the suitcase was safe and no explosives were found.  However, the case did contain multiple guns and ammunition, according to police.

Police say they think they know who the suspect is, but are not releasing his name yet.  The investigation is ongoing to determine if criminal charges will be filed, said police.