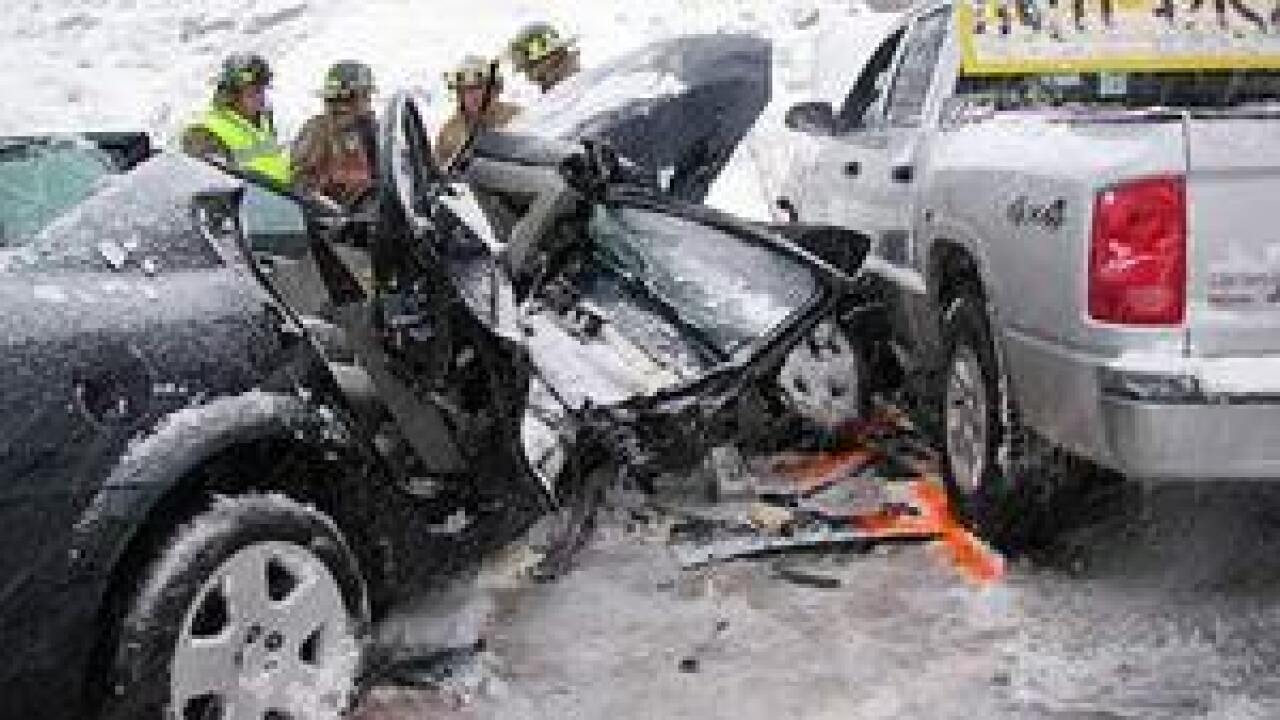 A series of accidents over the weekend claimed three lives.

Troopers released new numbers Monday morning that show how bad the crashes were over the weekend.  In Salt Lake and Utah County Highways there were 14 slide offs, 73 accidents resulting in property damage and 21 accidents with injuries.

There was a fatal accident along I-80 on Sunday in Tooele county.  A car hit a center median and the impact threw James Doyle, 52, from the car.  He was pronounced dead at the scene.  Police say the roads were icy, and Doyle was not wearing a seat belt.

A man and a women, who were also in the car, were transported to the hospital with non life threatening injuries.

UHP said the mother and her son were traveling east on Highway 40 when she lost control of her Saturn.  It slide into the path of a Dodge Dakota.  The passenger of the Saturn, Devin Carter from Rangely, Colo., died as a result of his injuries.

His mother and the driver of the truck were taken to the hospital with non life threatening injuries.

A third fatal accident happened Sunday night at about 10:30 on North Droubay Rd in Erda, Utah.  A car traveling north hit a patch of ice, lost control and rolled several times.  A passenger in the backseat, who police say was not wearing a seat belt, was ejected from the car and pronounced dead at the scene.

Three others in the vehicle suffered minor injuries, according to the Tooele County Sheriff’s Office.