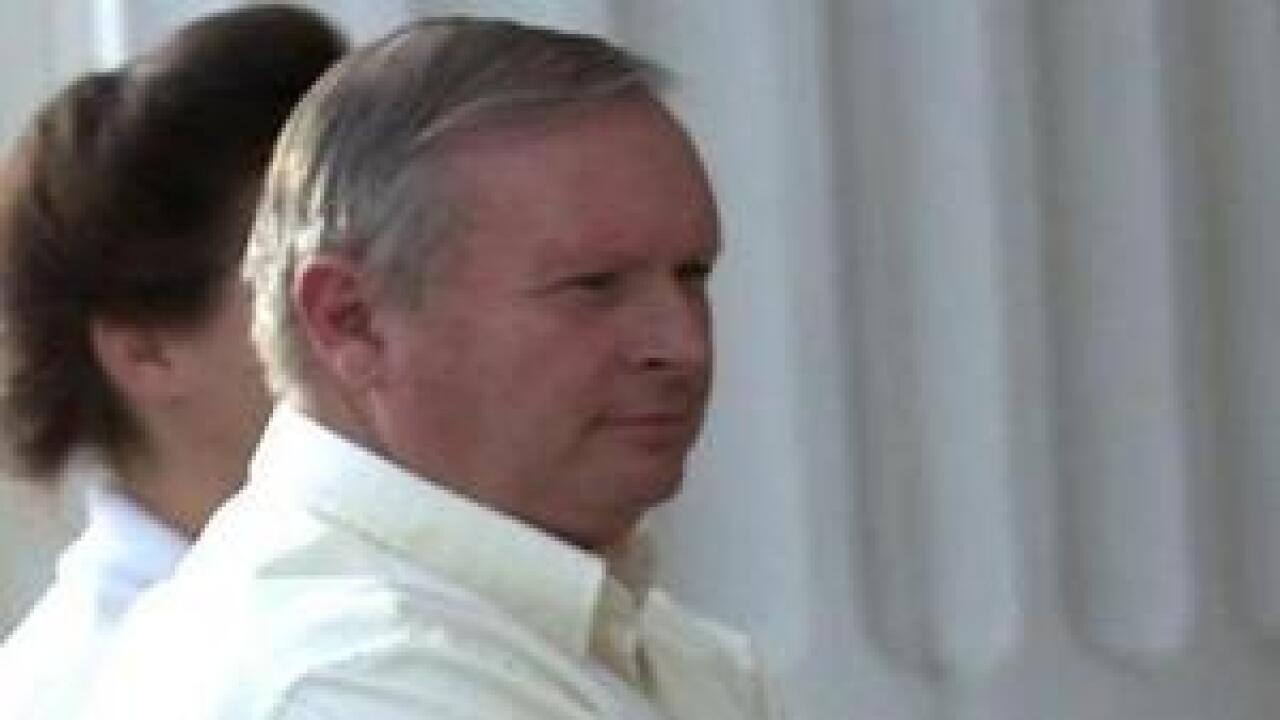 A man purged from Warren Jeffs' polygamous church on the Utah-Arizona border won a partial court victory in a lawsuit he filed against the Fundamentalist LDS Church leader. It's a ruling that lawyers say could open the door to more lawsuits from those excommunicated by Jeffs.

Lorin Holm sued Jeffs, his brother, Lyle Jeffs, and two of his ex-wives for custody of his children.

"I wanted to see the children," Holm told FOX 13 outside St. George's 5th District Court on Tueday. "They have banned us from our children. This is a precedent (setting) case. Now that we've had a win, we'll have hundreds more."

After a two hour hearing, Judge James Shumate allowed Holm to visit his nine children, ranging in ages from 2 to 17, that he has not seen since he was excommunicated in January 2011. His wives, Patricia and Lynda Peine, have considered him an "apostate," his attorney said. They were taken from him and now live with one of Holm's sons.

"We are a kind people, but these Jeffs boys have come in and ruined our community and they need to be reeled in," Holm said.

Holm's lawsuit is the first paternity case to get a judge's ruling since Jeffs ousted more than 1,000 people from the ranks of the FLDS Church. The imprisoned polygamist leader set a New Year's deadline for faithful followers to repent of their sins and reaffirm their allegiance to him or be excommunicated.

Jeffs is currently serving time in a Texas prison for child sex assault, stemming from underage marriages he took part in. Holm claimed in his lawsuit that he feared his daughters would become child brides for FLDS leaders. A court-appointed lawyer for the children expressed similar concerns to the judge.

Rod Parker, an attorney for Holm's ex-wives, Patricia and Lynda, said the entire FLDS community was being portrayed unfairly because of Jeffs' actions.

"That's painting with a broad brush. What they're saying is everyone in the community, every child is at risk and every child should be taken away," Parker told FOX 13.

Parker noted that same logic was used by Texas authorities when they raided the FLDS Church's YFZ Ranch in 2008. Hundreds of children were taken into state protective custody that case only to be returned months later when the Texas Supreme Court ruled that the children were not at imminent risk for abuse.

Judge Shumate agreed with Parker in part, pointing out that no one in court had said anything about the children's mothers being bad parents. But Holm's attorney, Roger Hoole, feared they could not protect the children from FLDS leaders.

"Child abuse is always accompanied by secrecy and deception," he said outside of court. "The mothers are being deceived, and the secrets are not being told to them."

The ruling is only temporary. Holm will get visitation twice a week with his children and he was allowed by the judge to talk to them about religion -- and more specifically what he no longer believes.

"He taught us a way to follow the prophet," Lynda Peine told the judge. "The love that was given to me for him was heaven sent. At the time of his correction, he no longer held us together as a family."