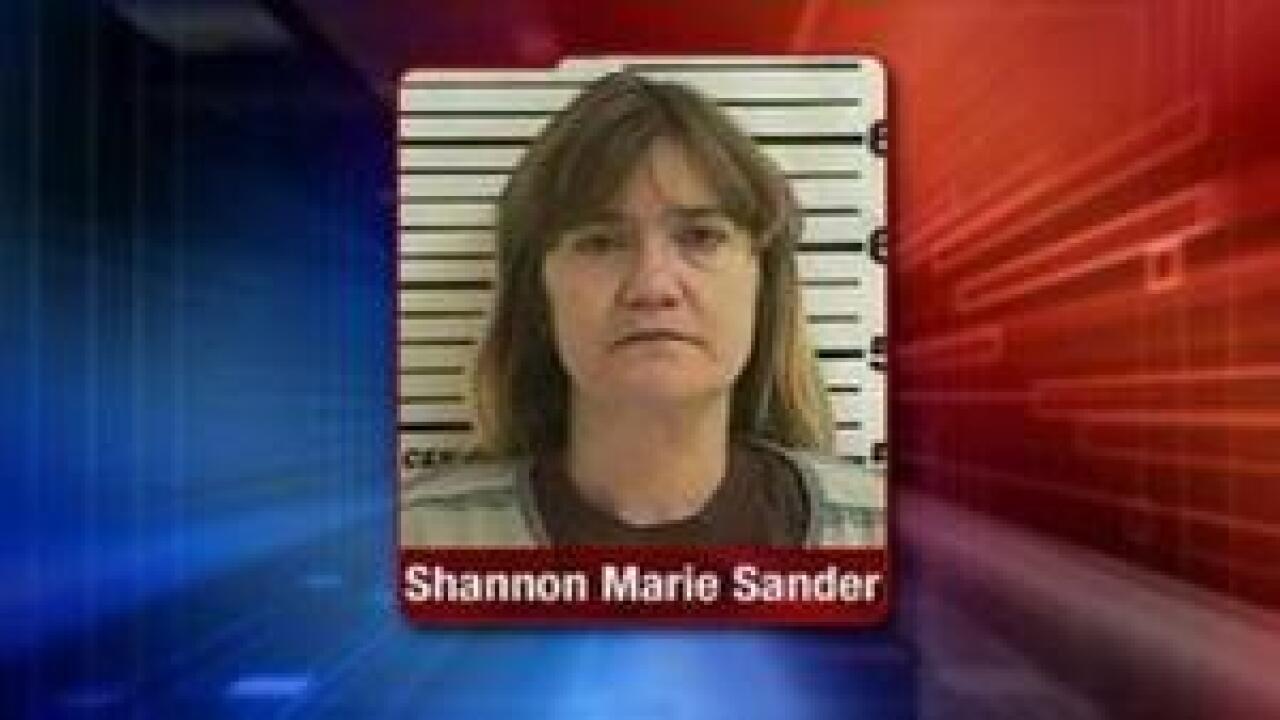 A Bountiful woman was arrested Wednesday for allegedly stabbing her boyfriend to death.

Shannon Marie Sander, 42, was booking into the Davis County Jail and charged with homicide.

Police were called to an apartment at 2520 South 500 West around 11 p.m. Tuesday. They found 52-year-old Michael Dunn with a stab wound to the chest. Crews tried to save him, but he died at the scene.

"Officers located his girlfriend," said Lt. Sol Oberg, Bountiful Police Department. "They spoke with her about the incident and she ultimately admitted to stabbing him last night."

Neighbors tell police the couple had been arguing off and on all day, as well as drinking alcohol. Dunn was stabbed in the chest with a kitchen knife, according to police.

Police found Sander about a block away from the scene, walking. Police say she was cooperative when they spoke with her and she told police that she and Dunn had been arguing all day. Neighbors say Sander initially ran from the house, but pleaded with neighbors to call 911.

Clark had lived in the neighborhood for nearly 12 years. Neighbors were familiar with him and his girlfriend and told police they had a history of disputes, usually after consuming alcohol.

"I've known Mike and Shannon that long too. They had a drinking problem. If they got drunk, she got violent," said neighbor J.D. Clark.