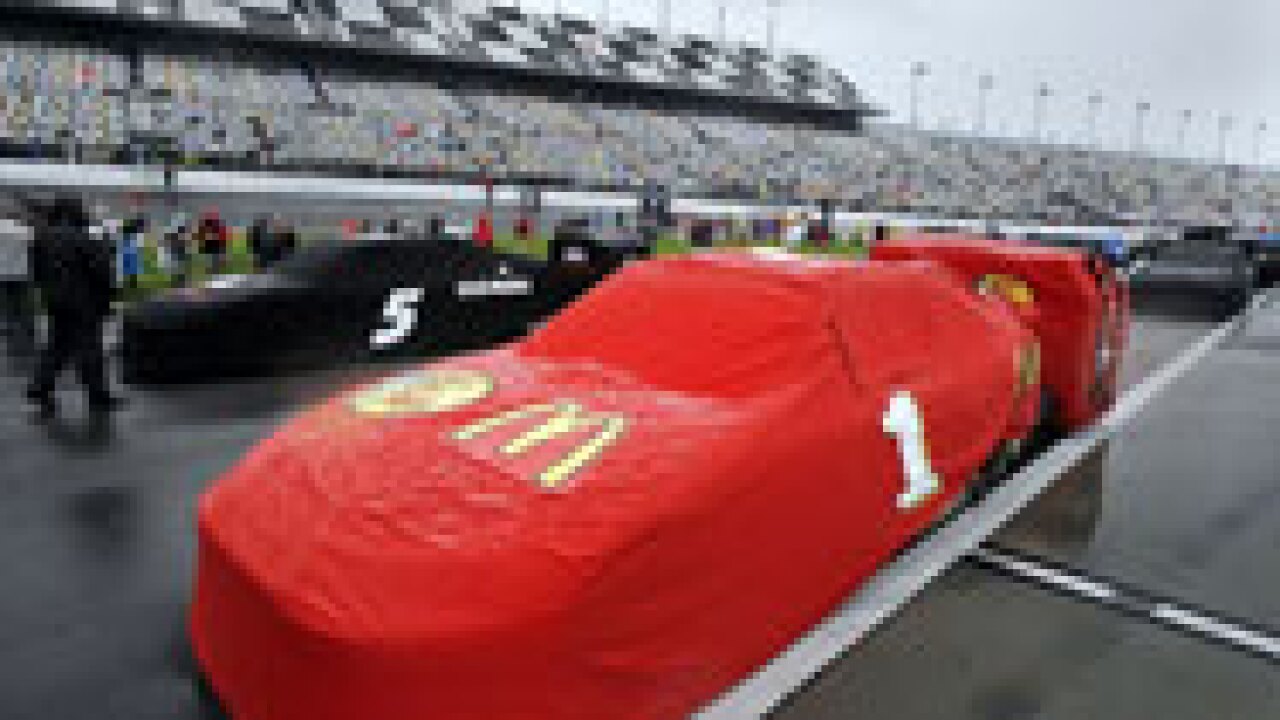 Heavy rain has delayed the start of the 54th annual Daytona 500 until Monday at noon.

The race was supposed to start at 1:29 p.m. Sunday. But steady rain caused the delay.

Tickets for Sunday’s race will be honored Monday. Tickets for the race will also be on sale at the gate or at the Daytona International Speedway ticket office.

The race will air on Fox Sports at noon.

Once the race starts, Carl Edwards will be on the pole. Edwards’ teammate, Greg Biffle, will start on the outside of the front row.

Weather has never pushed the race to Monday, although it was shortened because of rain four times: in 1965, when Fred Lorenzen won; in 1966, when Richard Petty took the checkered flag; in 2003, when Michael Waltrip won; and in 2009, when Kenseth won.