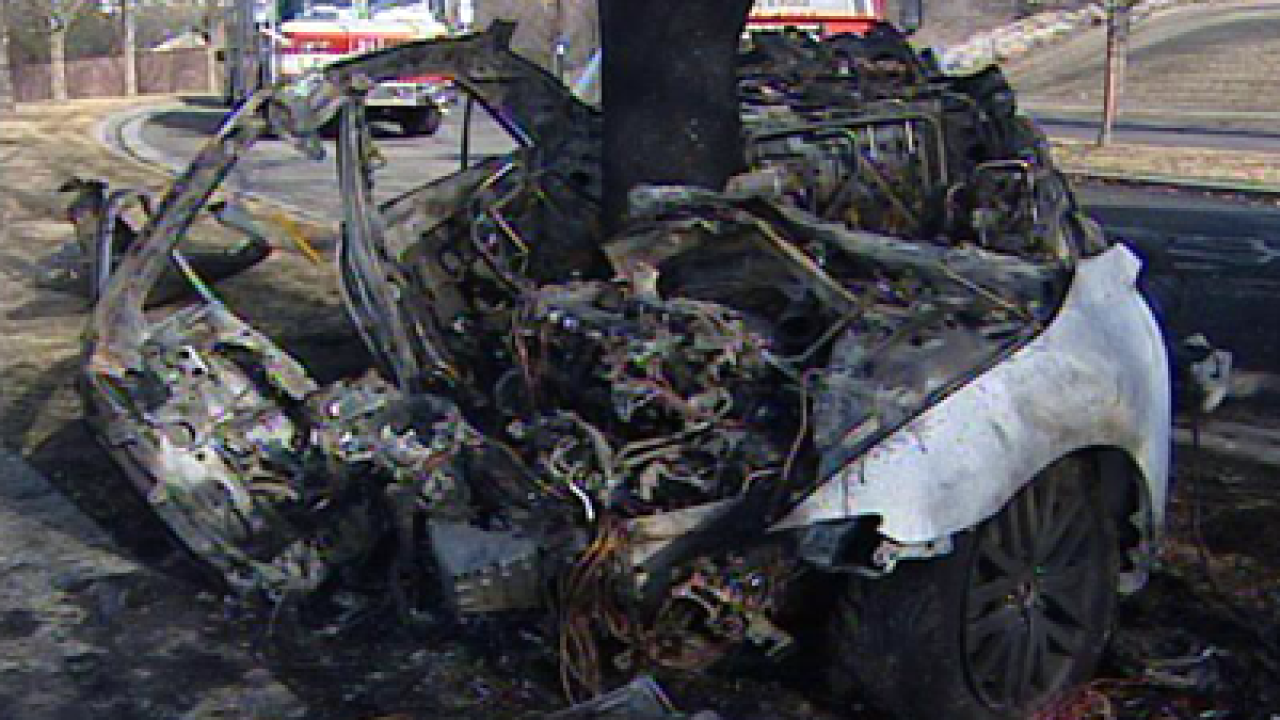 Two men are dead after a fiery Sunday morning crash in Sandy that tore their vehicle in two.

Just before 4 a.m., 22-year-old driver Marc Summerhays and 36-year-old passenger Mike Derby, both from Midvale, were driving near 8000 South and 1300 East when their car hit a tree, splitting the car in half and causing it to burst into flames. Both occupants died.

"This is probably as bad as I've seen in terms of damage, the amount of force to the vehicle and the occupants passing away," said Sgt. John Arnold, Sandy Police Dept.

Officials say an officer had seen the vehicle speed by, but before he could catch up to them, the vehicle had failed to negotiate a curve and crashed into the tree. Police believe the men were driving well over 60 miles per hour down High Pointe Parkway.

Police aren't sure whether the two men were wearing seatbelts because of the fire, but say that the battery was found a good distance from the vehicle so if they hadn't been wearing seatbelts, they probably would have been ejected.