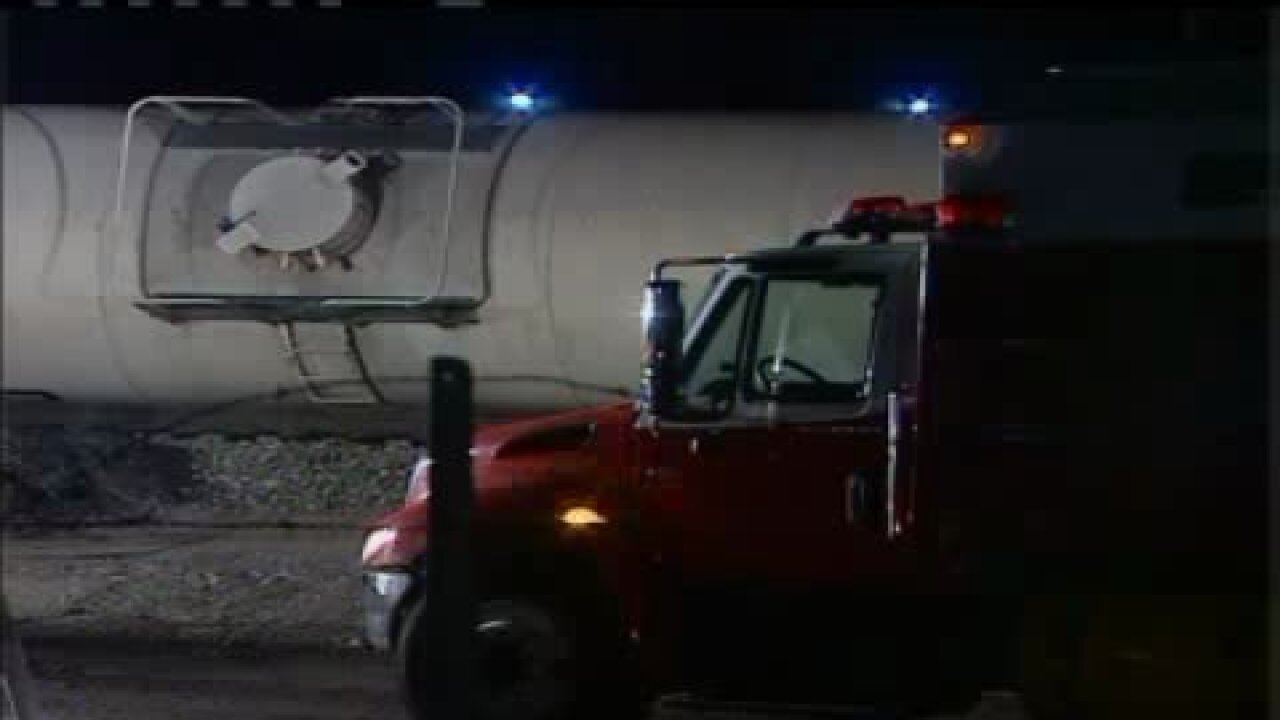 Fire crews and a hazmat team responded to a train derailment around 10:30 p.m. on Tuesday Salt Lake City.

The train cars came off the tracks near the Union Pacific rail yard at 1700 South and 700 West.  Crews found multiple freight train cars turn over on their sides.

When they first arrived on the scene, crews were concerned about the unknown contents of one of the tanker cars involved in the incident.

A fire department hazmat team was called to determine if the contents any of the cars were a threat.  Investigators determined there was nothing dangerous and began the long cleanup process.

There were no injured as a result of the derailment and no evacuations were necessary.

The cause of the derailment is still under investigation and it is not clear when the tracks will reopen.