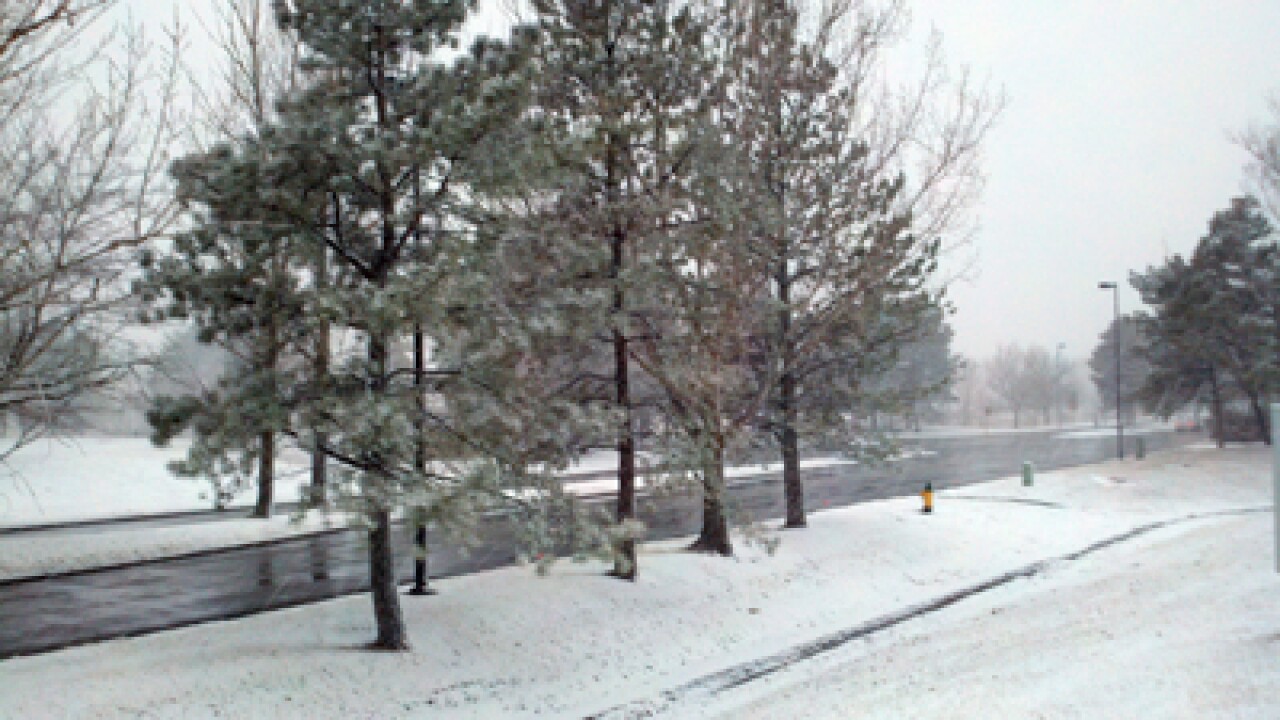 Several inches of snow along the Wasatch Front shut down mountain roads, and for a time, closed Interstate 80 east of Parleys Canyon and some areas before the Wyoming border as plows worked non-stop to clear the roadways. UDOT had to halt traffic on the stretch of I-80 heading east towards Park City to remove snow until about 9 p.m. After that they reopened that part of the interstate.

Little Cottonwood Canyon was closed at about 8:30 p.m. A rush of skiers and snowboarders beat the canyon closure in hopes of hitting the fresh snowfall come Thursday morning.

"We're expecting to open  it somewhere between 8 and 9, there is no official time yet though," says UDOT spokesperson Tania Mashburn. "And yeah, it's because they're expecting a lot of wet, heavy snow in the area and could possibly be doing some more avalanche control."

A series of storms are expected to arrive Thursday and Friday, with chances of showers as well as light snow.

Sandy received the heaviest snow in the Salt Lake Valley at six inches.