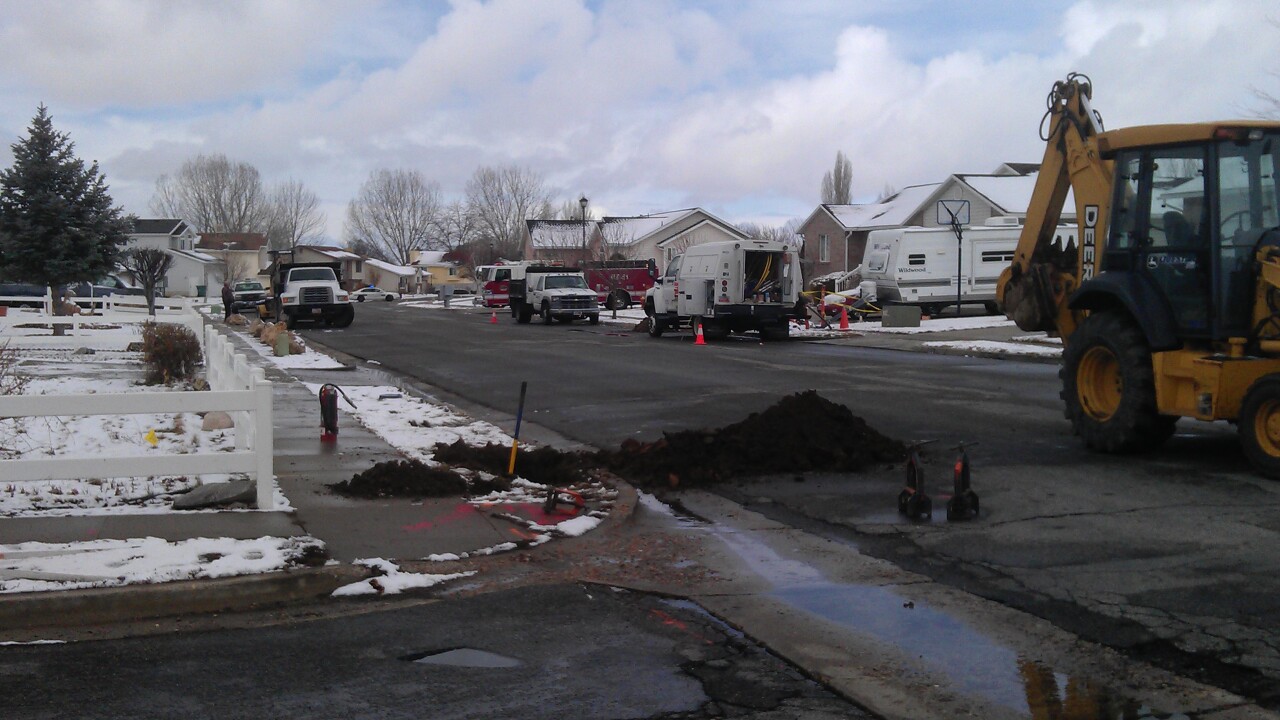 Six Layton homes were evacuated and some nearby streets were closed Thursday due to a natural gas leak.

The Layton Fire Department responded to the area of 800 2350 N at 10:41 a.m. after a two inch mainline was broken. Fire crews evacuated six nearby homes and a total of 11 homes were without electricity and natural gas for part of the day. Layton City Police officers assisted in diverting traffic away from streets between 800 W and 650 W.

A Questar Gas crew arrived quickly and excavated the roadway to control the leak. The people affected by the evacuation were allowed back into their homes beginning at 2 p.m.