Jeep on runway in Philly causes controllers to scramble 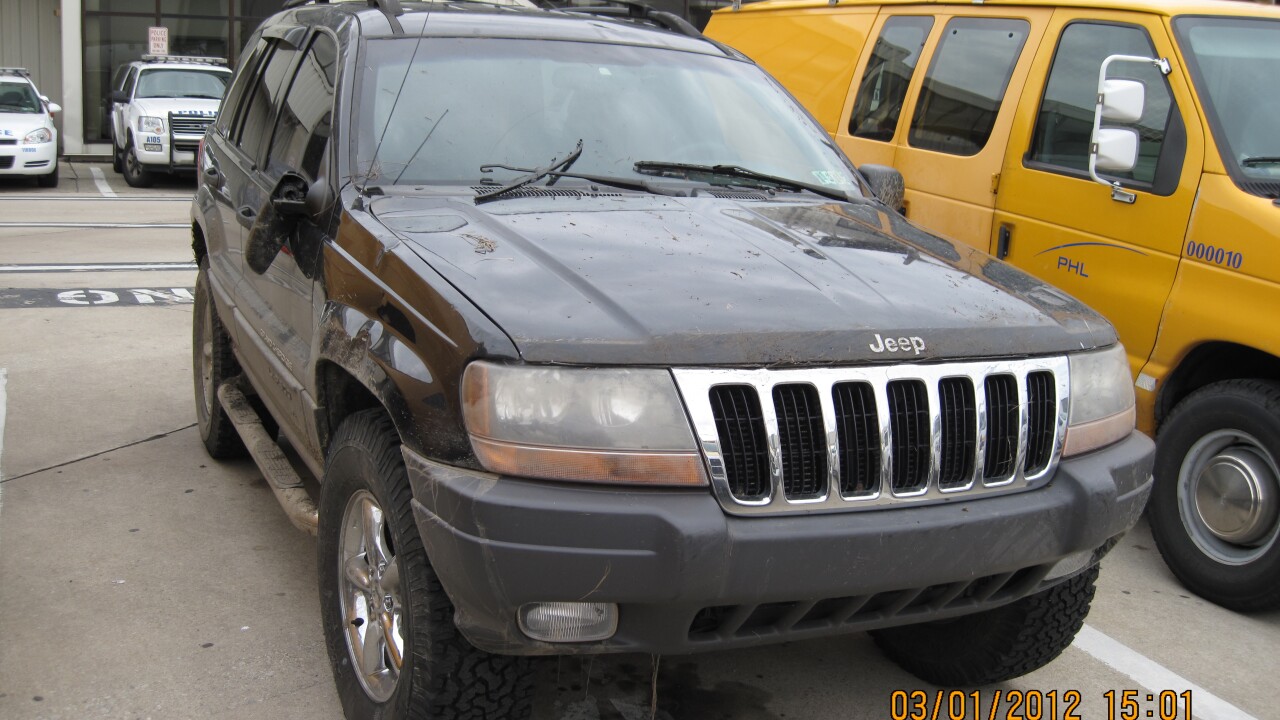 (CNN) — A passenger jet was just seconds away from landing Thursday at Philadelphia International Airport when a Jeep broke through a chain-link fence and drove onto several runways, forcing a number of planes to circle the area, according to an air traffic controller familiar with the incident.

Don Chapman, local president of the National Air Traffic Controllers Association, did not witness the incident, but told CNN some of his members did.

Chapman said he was told an air traffic controller using radar spotted something on the runway, but couldn’t see exactly what it was because of foggy conditions.

“When they spotted the Jeep there was a US Airways Express plane 100 feet above the ground. It was 10-15 seconds (from) touchdown, about a quarter mile from the end of the runway,” Chapman told CNN. “They saw it on the AMAS system radar system that they use to look at runways and taxiways and see if there is anything there.”

He said the controllers ordered the approaching plane not to land.

According to airport tower communications, other pilots were also warned not to land.

“Everybody on 9-er left it is going to be a delay. You guys can shut down if you need to. We’ve got a rogue vehicle driving around on the airport. We are not talking to him. We are not moving anybody until we find this guy,” according to control tower radio communications posted on line by LiveATC.net

The vehicle was reportedly dark in color and did not have its headlights on, according to Chapman. He said the controllers closed the airport and watched as authorities chased the vehicle across three of the four runways.

Philadelphia police say the incident happened just after 11 a.m., when the vehicle was spotted on the runway.

According to the police, the vehicle driver was quickly apprehended, although audio tower sound suggests the vehicle was driving around for a few minutes.

Philadelphia Police Commissioner Charles Ramsey said shortly after the incident, “A man is in custody and being processed by Philly police.” Ramsey said, “It appears he was high on something. There is no apparent nexus to terrorism.”

Vicki Lupica, public information officer at Philadelphia’s airport, said the closure was done out of “an abundance of caution.”

“Had the controller not picked this up it would have been bad,” Chapman said. He added, “It was only by the grace of God that the controller happened to be scanning.” He said there was no alarm that went off.

The driver of the Jeep was identified by police as Kenneth Richard Mazik, 24, of Chadsford, Pennsylvania.

In addition to the one aircraft about to land, four other aircraft went into holding patterns until the airport reopened, she said.

Meanwhile, in unrelated incidents, a relatively routine day in the skies turned into something more unusual after two other incidents involving planes.

At about 7:30 a.m. local time in Denver, the Transportation Security Administration was notified of a “non-specific telephone threat” involving United Flight 869, which was still on the ground. The plane was scheduled to fly to San Francisco International Airport.

The TSA said the passengers had not yet boarded the aircraft.

FBI spokesman Dave Joly said, “It was a specific threat to a specific flight,” which he said law enforcement was taking seriously.

“Out of an abundance of caution, the plane was moved to a remote location,” said the TSA in a statement. The aircraft was swept and nothing found. Passengers were directed to a different aircraft which departed two hours late.

Airport operations at Denver were not affected.

Just about an hour later, a Delta Air Lines plane declared an emergency and reported potential problems with its landing gear on approach to Fort Lauderdale/Hollywood International Airport.

Flight 1627 with 218 people on board had left Hartsfield-Jackson Atlanta International Airport.

Kenneth Richard Mazik, 24, from Chadsford, PA, was arrested for driving his Jeep on a runway at Philadelphia International Airport onThursday, March 1, 2012. Inbound flights were diverted and outbound air traffic at the airport was temporarily shutdown as a security precaution.