Woman killed after crashing into semi on I-15 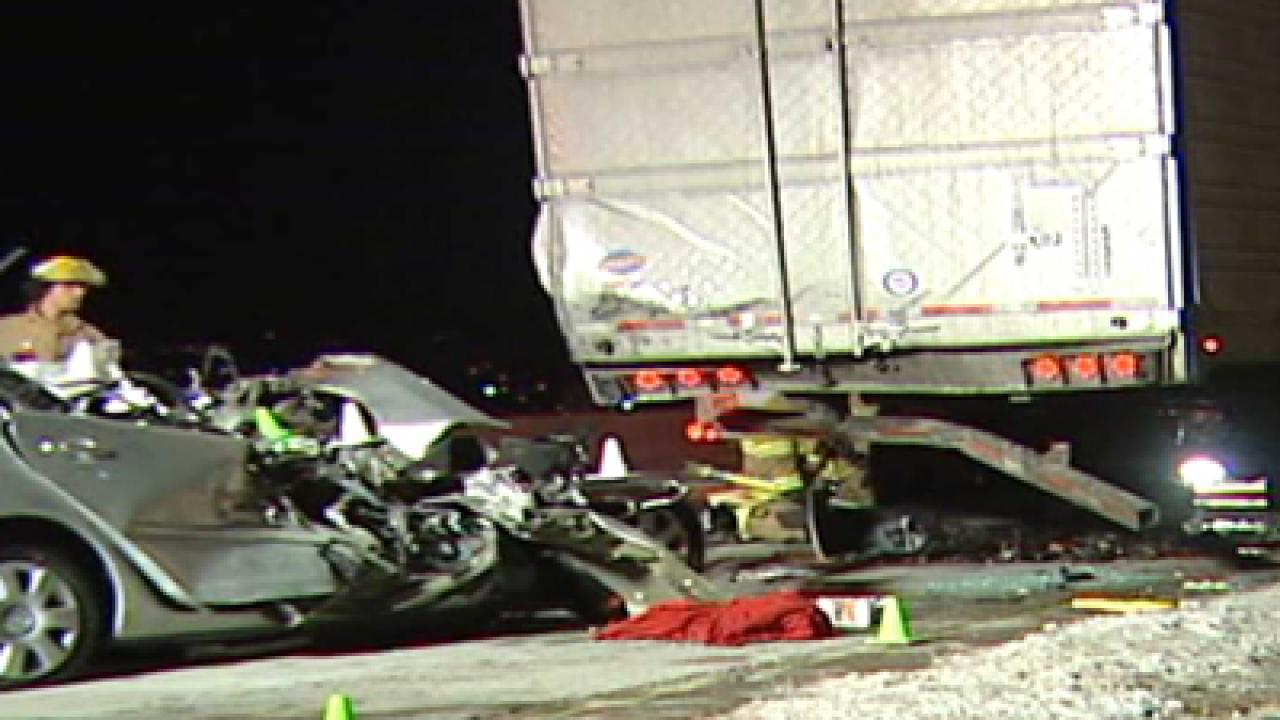 A woman is dead after she crashed into a semi truck on Interstate 15 late Saturday night.

A semi had stopped on the side of southbound I-15 near 11800 South just before midnight Saturday for the husband and wife driving team to switch drivers. While the semi was parked, a passenger car driven by 26-year-old Tanya Bendowski slammed into the back of the semi.

“We are close to the 123 hundred off ramp so we’re just wondering if the person just thought they were at the exit, just they were near the exit and just went into the back of the semi truck that was there,” said Lt. Steve Winward, Utah Highway Patrol.

Bendowski died at the scene. The two drivers in the semi were uninjured.

Police are unsure why the passenger car crashed into the semi. The crash is still under investigation.