A new, high-definition iPad from Apple 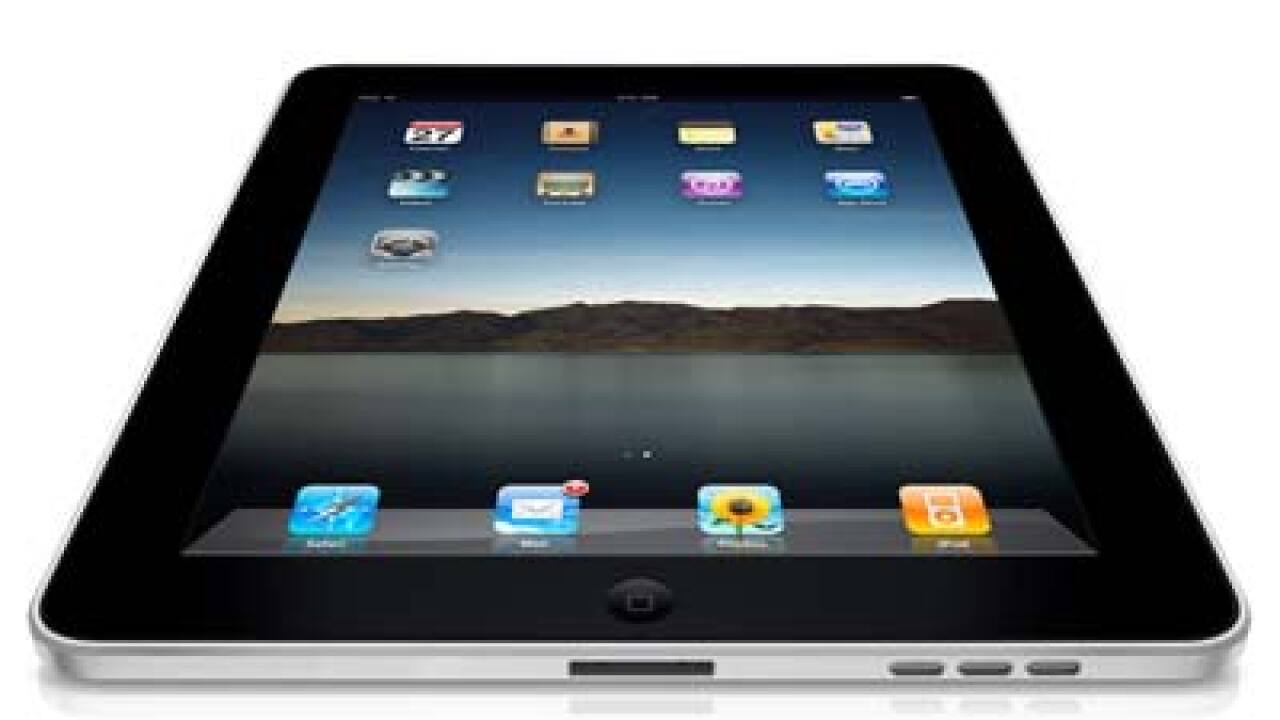 (CNN) — Apple rolled out a high-definition iPad on Wednesday with a display screen that promises to be dramatically sharper than the current model, the iPad 2.

“It is amazing,” Apple CEO Tim Cook said at a San Francisco unveiling. “We’ve taken it to a whole new level, and we are redefining the category that Apple created with the original iPad.”

To break it down, that’s a total of 3.1 million pixels on the display screen.

“Your retina in your eye cannot discern those individual pixels,” said Apple Senior Vice President Phil Schiller. “The images on it look stunning.”

The new iPad will be available March 16 and cost the same as the iPad 2 — from $499 to $829 based on storage capacity and Wi-Fi capacity. Pre-orders were opened at Apple’s online store on Wednesday.

The new version will be available in the United States on AT&T and Verizon and will be the first iPad to connect to 4G networks (a fact that, at least for now, remains academic in most cities).

“This new iPad has the most wireless bands of any device that has ever shipped, and it is truly revolutionary,” Schiller said.

And the new iPad will be the first to run on 4G wireless networks, a source familiar with the device’s specifications told CNNMoney on Wednesday.

It will have a a 5-megapixel camera, representing a significant leap from the current iPad’s so-so lens.

On Wednesday, Cook also announced an updated version of Apple TV, the company’s Web-TV integration device that competes with products like Google TV, Roku and Boxee.

The system supports 1080p, or “Full HD” high-definition video, up from the current model’s 720p. It will be available for $99 starting next week and could pave the way for what’s expected to be Apple’s next project: a fully integrated high-definition television.

When the iPad was introduced in early 2010, tablets already existed, but none had become popular with mainstream consumers. Some analysts wondered if there would be a market for a device that falls somewhere between a smartphone and a laptop but doesn’t fully replace either.

The answer was a resounding “yes.” The company has sold more than 55 million iPads worldwide to date.

Before his death in October, Apple co-founder Steve Jobs predicted that 2011 would be the “year of the copycat” in the tablet space. In large part, it was, and that was bad news for Apple’s rivals, as competitors from HP to Samsung to Motorola tried unsuccessfully to offer a viable alternative to the iPad.

The new iPad will arrive in a somewhat trickier landscape.

By going smaller and simpler, Amazon made a splash with its Kindle Fire over the holidays, while rival bookseller Barnes & Noble countered with its popular Nook Tablet. Both devices start at $199. The new Acer Iconia A500 offers more memory than the iPad 2, while other companies have begun flooding the market with devices that are smaller and cheaper than Apple’s standard-bearer.

Just last week, Microsoft rolled out its Windows 8 operating system for tablets, suggesting that Windows-based tablets could be making a serious run.

The upstarts had many analysts wondering whether Apple could either roll out its own smaller, simpler iPad or, perhaps more likely, offer a steep discount on one of the older models, putting it head to head against the Nook and Kindle Fire.

Apple surprised many observers last year when the iPad 2 was priced the same as the original iPad: ranging from $499 to $829, depending on 3G capability and storage capacity.

Cook also announced Wednesday that the 25 billionth app has been downloaded from the App Store. Perhaps significantly, that app was downloaded in China.