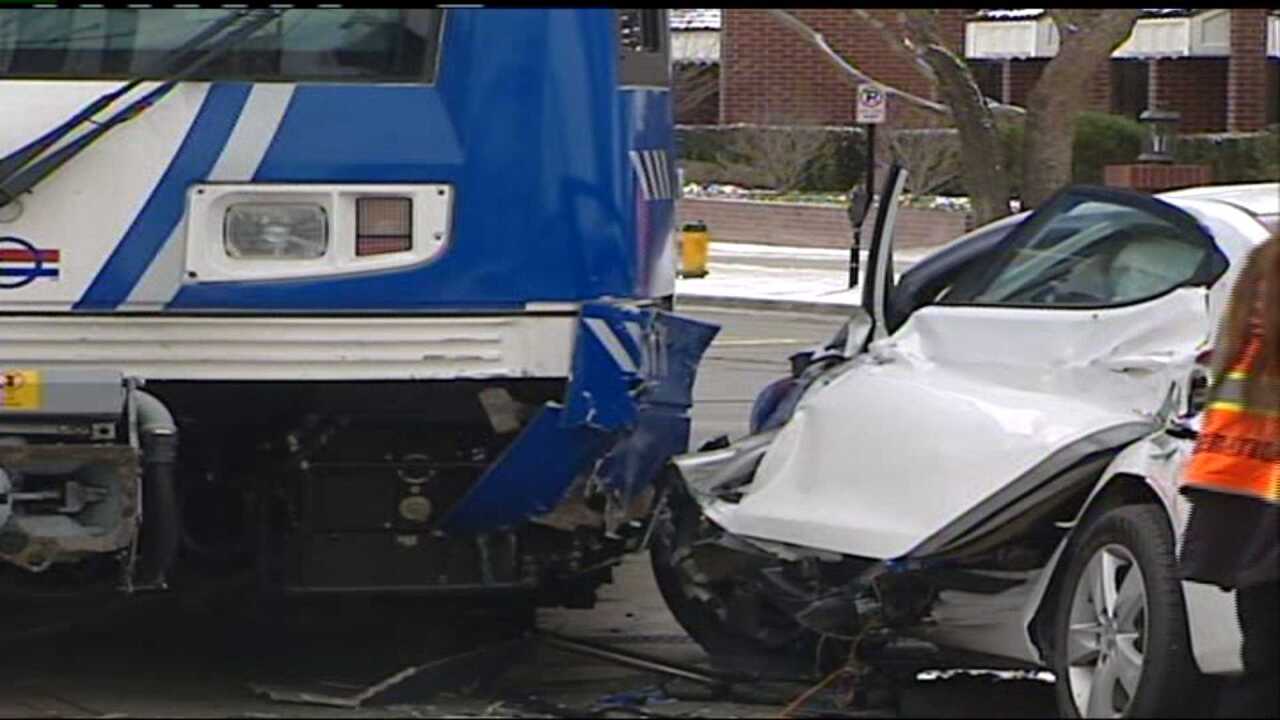 A TRAX train crashed into a car and derailed in downtown Salt Lake City Wednesday.  It happened near 500 South and Main Street just after 10 a.m.

"What we understand is that a car ran the red light.  It was struck by the train.  It stuck with enough force to derail the train," said Chad Saley, UTA spokesman.

The two people in the car were not injured.  One passenger on the train was complaining of some pain from the accident.

The train was headed to the University of Utah and pedestrians waiting on a nearby platform witnessed the crash and jumped in to help.

"We pulled her out and made sure that they were both okay," said Ian Robertson, a witness.

The train was cleared from the scene at about 12:30 p.m. according to UTA's twitter feed.  It did take crews several hours to get the train back on the tracks.

"The train here is actually, it's quite a bit off the tracks, so I imagine it's going to take us a little while,"said Saley.

Police said they are planning to cite the drivers for running the red light.