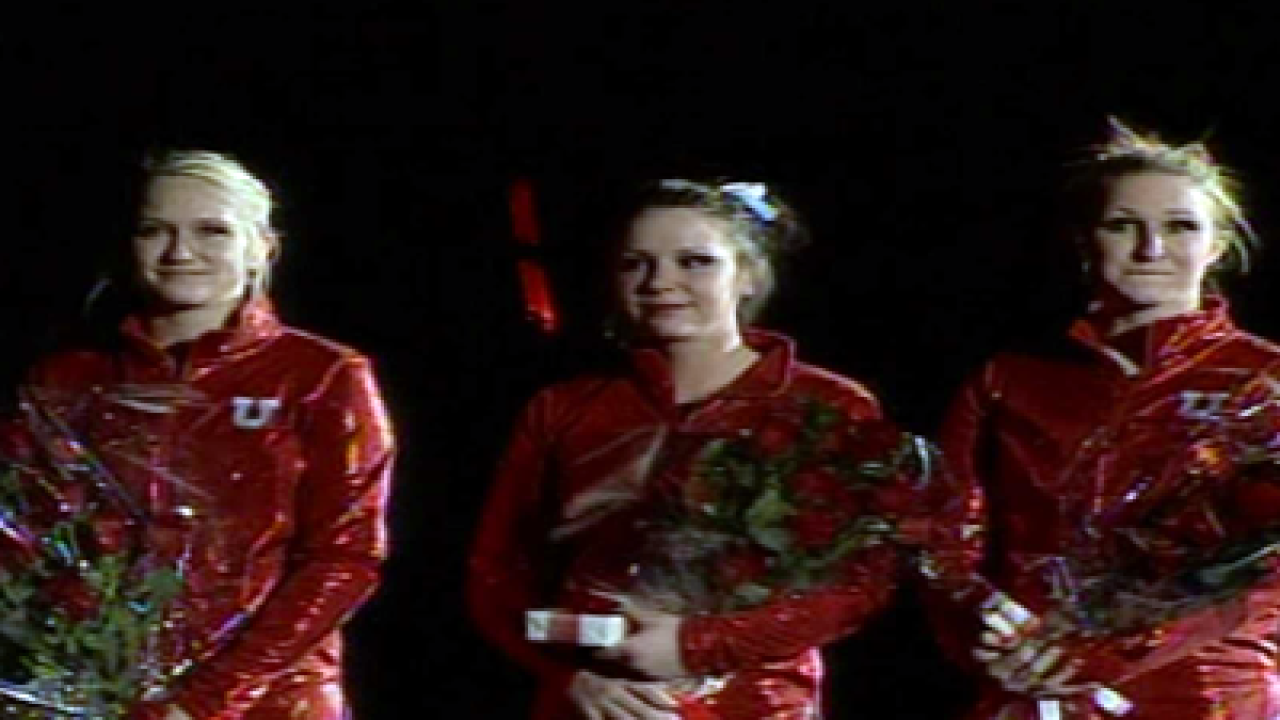 The University of Utah Red Rocks women’s gymnastics team was back at its best Friday night, but they were unable to top number 6 Nebraska in a close 197.600-197.450 loss.

Utah came back from a disappointing meet last Friday against Oregon State and scored their second highest mark of the season and topped the 49.40 mark on three of four events, but Nebraska was slightly better. The Huskers led throughout the meet and defeated Utah in the regular season for the first time since 1999.

Nebraska’s Brittany Skinner fell off the bars, but the rest of the team held on, with four gymnasts scoring 9.875s and Janelle Giblin scoring a 9.925. The Huskers led by the smallest possible margin after the first rotation with a 49.425 bars score.

Stephanie McAllister and Georgia Dabritz both scored 9.925s on the bars and Kassandra Lopez added a 9.90 as Utah scored a 49.400 on the bars, the Red Rocks’ second highest mark of the season.

Nebraska again scored a 49.425 on the vault, despite Skinner’s big step on her landing. Jamie Schleppenbach tied for first place on the apparatus with a 9.95 and Janelle Giblin added a 9.90 as the Huskers headed into the midway point of the meet with a close 198.850 – 198.80 lead over the Red Rocks.

Seniors McAllister and Cortni Beers both had big wobbles on the beam and Mary Beth Lofgren and Kassandra Lopez had some struggles as the Utes scored the lowest mark of the night with a 49.150. Corrie Lothrop came back from a rough meet last Friday to top the scores for the Red Rocks with a 9.90. Robarts added a 9.875.

“We can improve quite a bit from our performance on beam,” said Utah head coach Greg Marsden. “We were hanging on in places rather than being aggressive and walking through our routines.”

Jessie DeZiel scored a 9.95 and Emily Wong and Lora Evenstad added 9.90s as the Huskers finished with a 49.450 on the floor and put the meet out of reach for the Red Rocks as the Huskers held their highest lead of the night.

Utah showed why they spent several weeks atop the floor rankings earlier this season as they recorded their highest mark of the season with a 49.50. Nansy Damianova led off with a 9.90 and the Red Rocks continued to shine with Dabritz and McAllister adding 9.90s and Lothrop recording a 9.925.

Nebraska needed to avoid wobbles and falls on the beam to seal the victory. Giblin fell during her routine, scoring a 9.150. The final three gymnasts were able to hold on as the Huskers finished with a 49.30 on the apparatus to remain in the lead.

14,423 fans were on-hand to honor seniors Robarts, McAllister and Beers in the Red Rocks’ last home meet of the regular season. Utah set a new NCAA season attendance record, averaging 14,352 fans a meet, topping the average of 14,213 set by Utah in 2010.

Utah will face top-ranked Florida next Friday in Gainesville before returning to the Huntsman Center on March 24 for the first-ever Pac-12 championships.