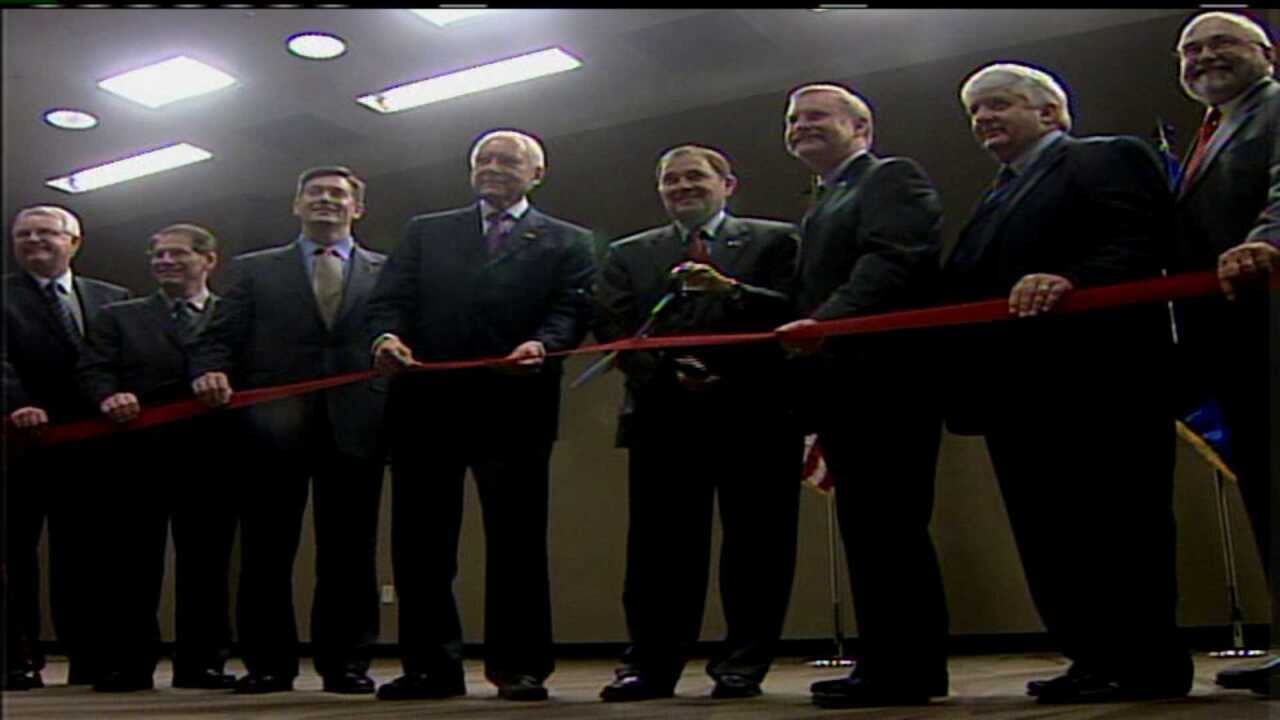 A ribbon-cutting was held for the first commercial building to be opened at Falcon Hill. It will be a built-to-suit facility for the ICBM Prime Integration Team led by Northrop Grumman.

"This is an exciting day, another chapter in Hill Air Force, and I think this opportunity for us to expand economically and create 15-16,000 thousand jobs here," said Gov. Gary Herbert.

Falcon Hill is the first enhanced use-lease in Air Force history to use a purely commercial model. It means, the buildings in Falcon Hill are leased out and the money made from the buildings goes straight back into the base’s funding.

"This is a unique project that really doesn't cost the Air Force a thing and they'll get 1.4 million square feet of free property, because they'll get free use of these buildings because of the land the federal government has allowed us to take a 50-year lease on," said Sen. Orrin Hatch.

With talks in Washington D.C. about budget cuts to the nation's military, some have questioned the timing of this facility. But Utah leaders say even with national budget cuts, Hill AFB will stand on its own two feet.

“It’s in the best interest of the taxpayers to maintain this base as a base of operations,” Herbert said.

Gov. Herbert says Falcon Hill has the potential to generate up to 60,000  jobs over the next generation.