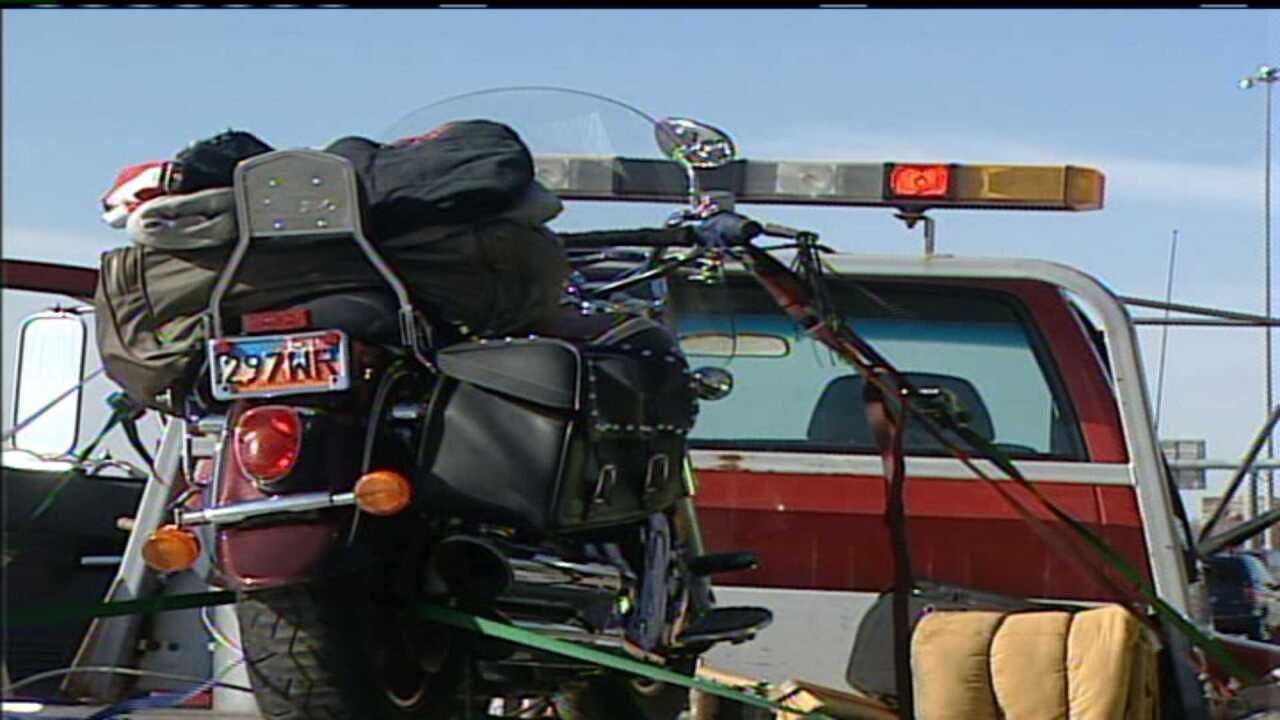 A motorcycle rider was hospitalized in critical condition after hitting a semi on the interstate Monday.

It happened just before 4 p.m. at 9000 South on Interstate 15. The motorcycle was on the 9000 South onramp heading north when the rider ran into the back of a semi.

“The rider went down, the bike skidded for quite a ways. The rider was not wearing a helmet so he’s got some head lacerations and some upper torso problems, but he was conscious and breathing at the time he left here,” said Utah Highway Patrol Sgt. Terry Woodward.

The motorcycle rider was flown to Intermountain Medical Center in critical condition.