One jailed, two at large after Holladay jewelry store heist 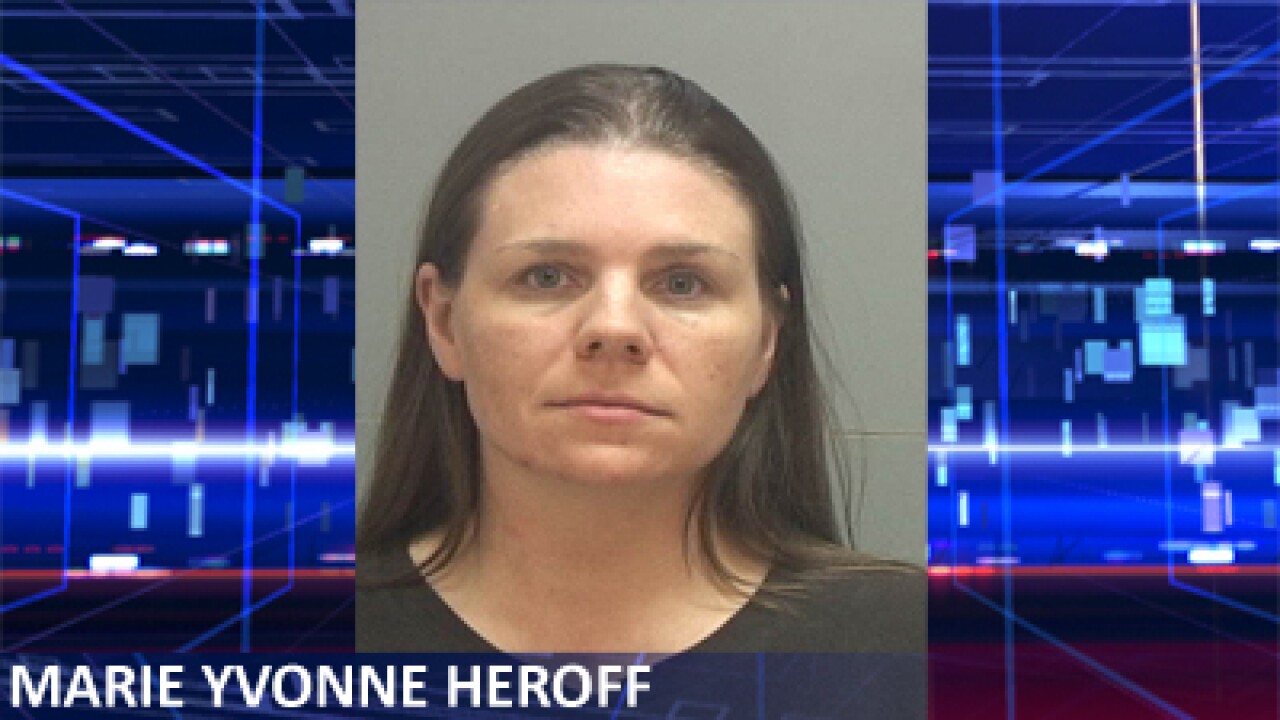 HOLLADAY -- A woman was booked into the Salt Lake County Metro Jail on felony obstruction of justice charges in connection with a robbery at a Holladay jewelry store Tuesday afternoon.

Witnesses identified 37-year-old Marie Yvonne Heroff as the driver of a getaway vehicle involved in a robbery at Diamond's Custom Jewelers.

The suspects broke some glass cases and took jewelry. The suspects then fled north on Highland Drive in a black Pontiac Grand Am with duct tape on the windows.

Given a description and a license plate number, a Murray police officer located the Grand Am at 5695 S. Stratler Street. Detectives brought two people, Marie Yvonne Heroff and an unidentified male, to the Unified Police Department for questioning. Police determined the male was not involved in the robbery and released him.

Police say Heroff gave detectives false information about where she was during the crime and was arrested. Unified Police are still looking for the two suspects who robbed the jewelry store.

The first suspect is an African-American male, 6 feet 2 inches tall and 280 pounds. He was wearing a black ski mask, brown sweat pants and brandished a handgun.

The second suspect is a male, 5 feet 4 inches tall and 130 pounds. He was wearing a black ski mask, a dark shirt, blue jeans and also brandished a handgun.

"We believe those two individuals are still out there," said Unified Police Lt. Justin Hoyal.

Anyone with information on the robbery is urged to call the Unified Police Department at (801) 743-5915.