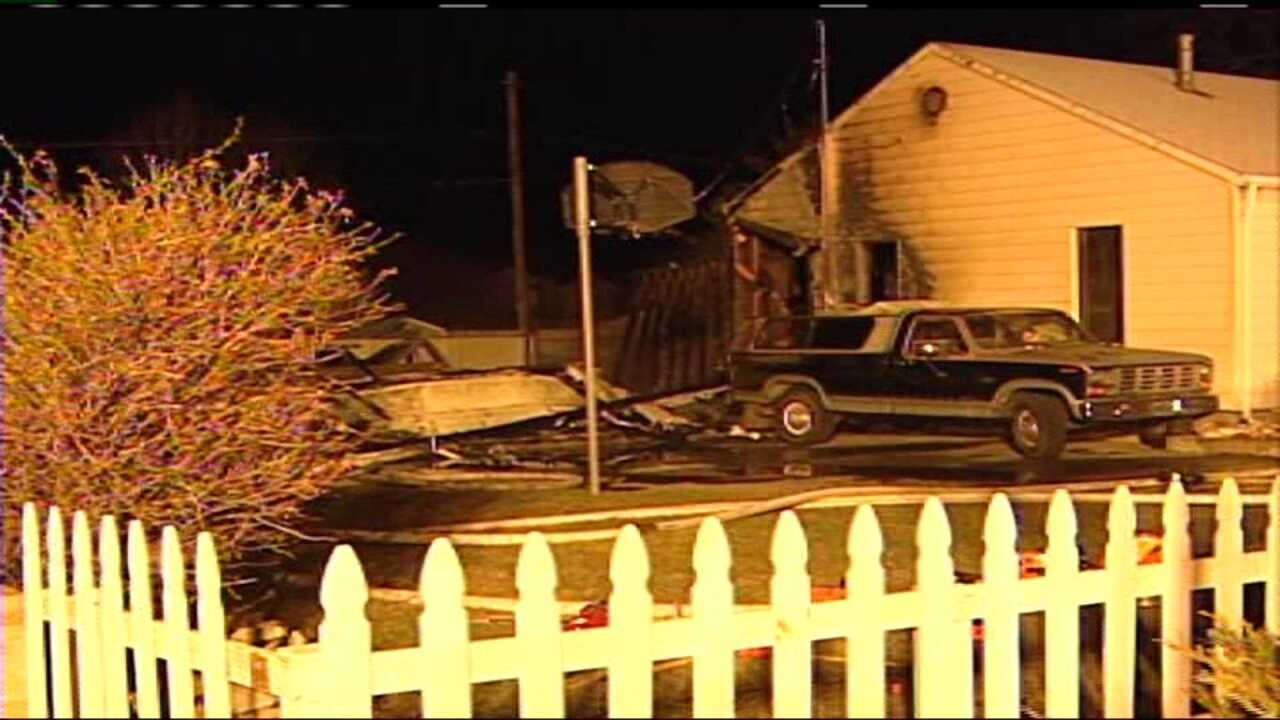 Fire crews responded to a two-alarm fire in Midvale just before 6 a.m. on Tuesday.

Officials said the fire started in a two-car garage and spread to the backyard of the home.  The fire also did damage to the home's basement.  The home is located near at 8000 South and 55 West.

"Crew on their response could tell that we had a very large fire, could see the header and the glow from a distance," said Stephen Higgs, Unified Fire Department.  "The other problem this morning is this wind.  This wind was pushing the fire through the backyards of this home and to the properties to the north."

Fire crews were able to get the fire out, but continue to investigate the scene.  The cause of the fire is still unknown.  Officials estimate upward of $100,000 in damages.

A man and his dog were able to get out of the home safely and no other houses in the area were damaged by the fire.