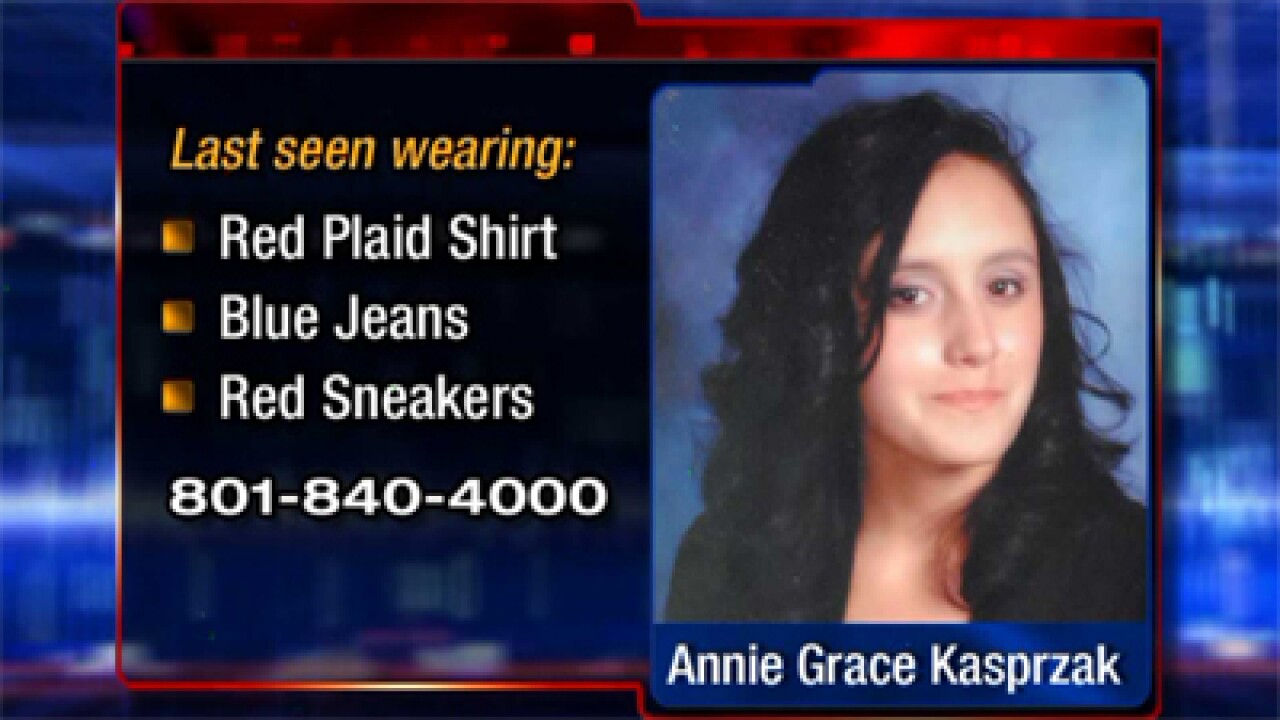 DRAPER, Utah -- The body of a 15-year-old Riverton girl was found in the Jordan River near Draper Sunday, and police are asking anyone with information to come forward.

The investigation into Annie Kasprzak's death is being treated as a murder investigation. As of Tuesday morning, police still hadn't received any tips that would lead them to a suspect.

Investigators say Annie ran away from home Saturday night, but they don't know who she was with or how she ended up in the Jordan River.

"Our detectives are working almost around the clock, trying to locate any suspects, any witnesses," said Sgt. Chad Carpenter of the Draper Police Department.

On Sunday morning, someone using the Jordan River Trail found one of Annie's shoes and some blood along the trail. Police then found Annie's body downstream. Investigators think Annie was attacked in another area before she ended up in the river.

An autopsy has been completed, but police have not revealed the cause of death.

Annie was last seen wearing a red plaid shirt, blue jeans and red sneakers. Anyone with information is urged to call (801) 840-4000.