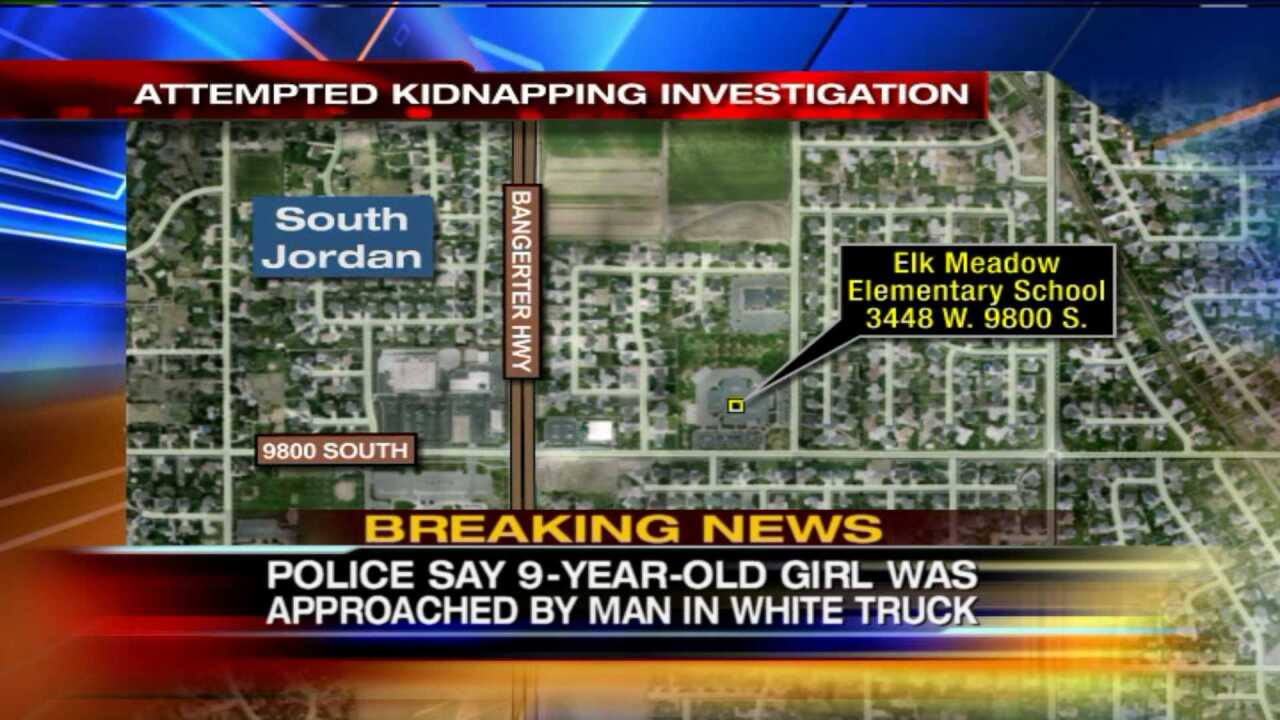 Original: Police say a 9-year-old girl was approached by a man in a white truck on her way to school Thursday morning.

The third grade student was riding her bike to Elk Meadows Elementary School in South Jordan at about 8:20 a.m.  She said she was approached by a man in a four-door white pick-up truck.

The girl told officers the driver tried to get her into the truck where two other young children were already inside.

“[Police] are actively looking for this white Dodge pick up truck,” said Sandy Riesgraf, Jordan School District.  “All schools in the area have been notified.  We take this very seriously. We even went to the extent of contacting all parents who called their kids in sick today to make sure that those kids that were not at school were accounted for.  So all children in the schools in this area, at this school, have all been accounted for including those that have called in sick.”