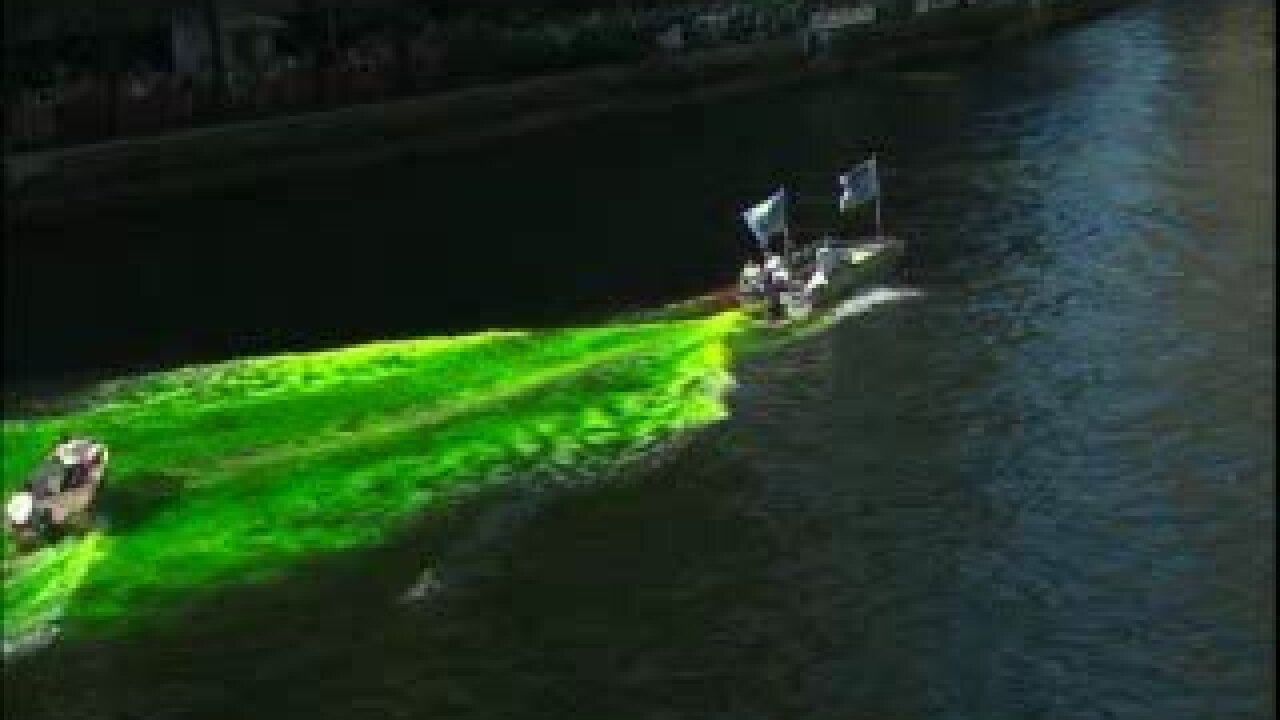 Surveillance footage of a tornado ripping through a school, protecting people from mating geese and dying the Chicago River green in Saturday’s Hot Shots.

Cameras inside a school in Henryville, Indiana show the destructive force of a tornado that destroyed half the building earlier this month.

This is mating season for Canadian geese and they can be pretty aggressive when people get too close to their nest.
A woman near Saint Louis is working to keep some distance between the geese -- and humans.

It's Saint Patty's day and that means the Chicago River is green; boats poured the dye into the river Saturday morning. It's part of an annual tradition that's more than 50 years old.