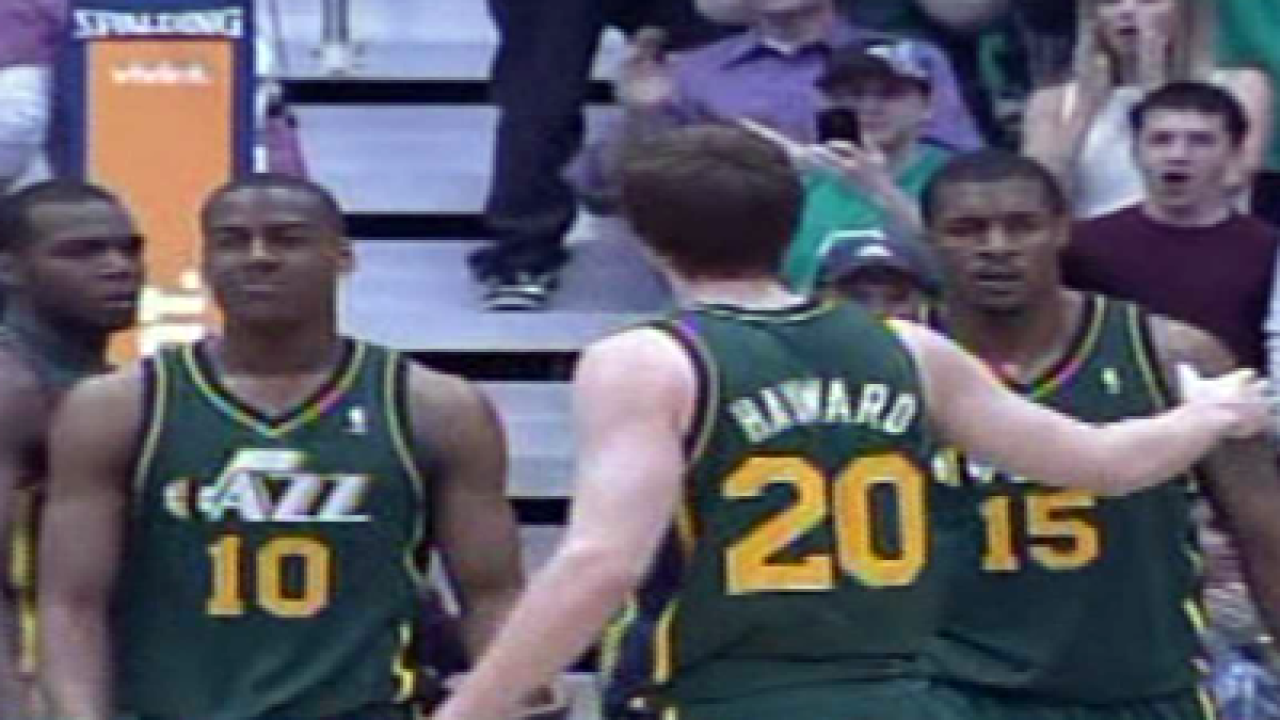 The Utah Jazz had five players score in double digits in their overtime victory against the Golden State Warriors on Friday night in Salt Lake City.

The Jazz (22-22) were shorthanded against the Warriors (18-24) with Raja Bell and Earl Watson out with injuries and Al Jefferson out for his grandmother’s funeral.

Golden State led 51-46 at halftime, but the Jazz were able to come back in the second half. Favors made a 3-point play and a block at the end of regulation to even the score at 87 and put the game into overtime. The Jazz were able to overtake the Warriors, finishing 99-92.

The Jazz head to Los Angeles to take on the Lakers Sunday night.