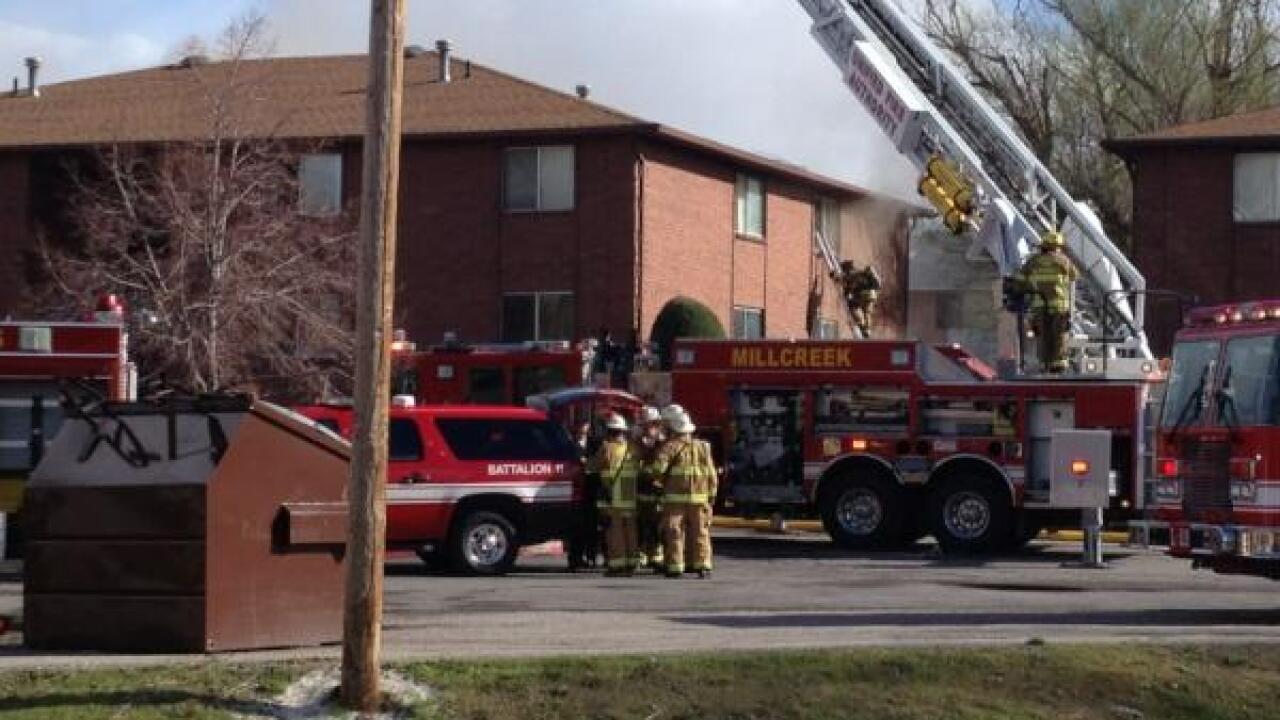 The fire started shortly after 4:00 p.m. Eleven apartment units were evacuated at 4725 South and 1300 East due to the blaze.

Fire crews said on Tuesday that the fire was “caused by energized electrical wiring in a wall being accidentally cut during construction work.”

“Since they [tenants] recently moved out, the owner has been here all day working on it and I don’t know exactly how it happened, but he was down there when the fire did start,” said resident Ernesto Montanares.

One person was treated for smoke inhalation and no one else was injured.

Unified Fire Authority says Red Cross is helping two families by providing shelter, while others are staying with family or friends.