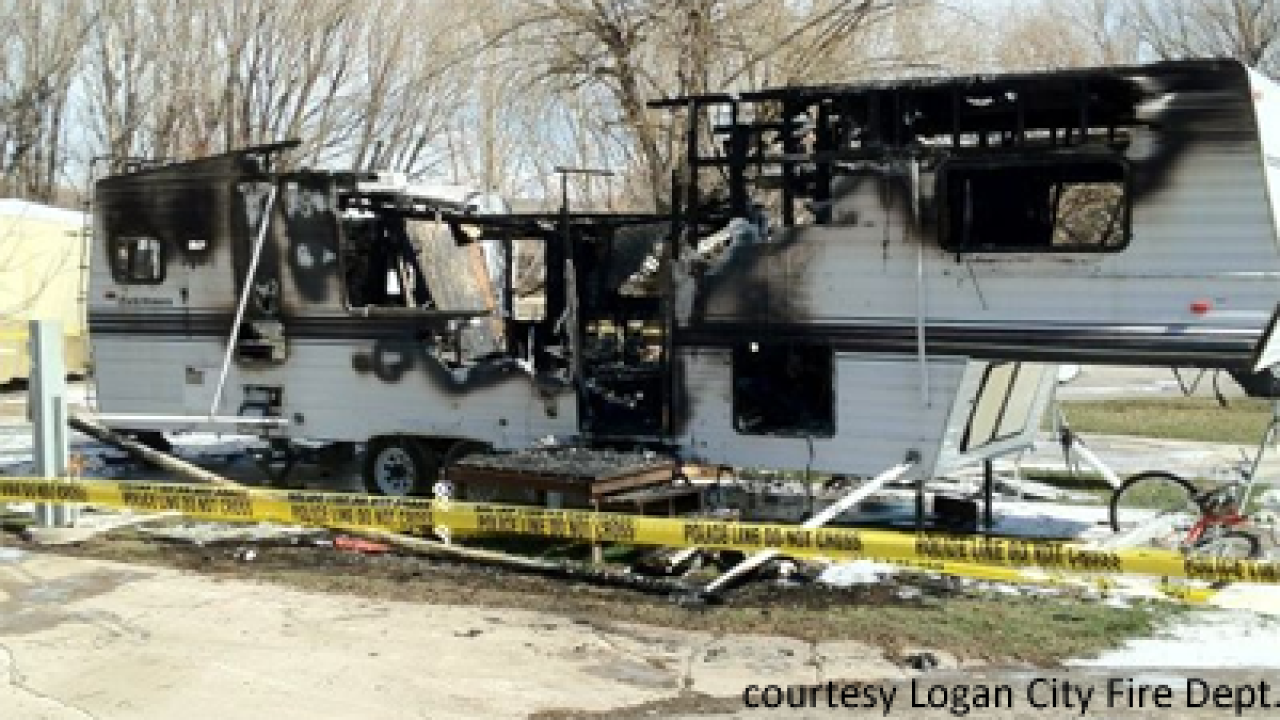 A Logan man has been taken into custody for allegedly setting fire to a trailer on Tuesday.

The fire department was called to the Riverside RV Park at 447 West and 1700 South at around 10:45 a.m. Tuesday. When they arrived, the 5th-wheel trailer was fully engulfed. The tenant of that trailer was identified as 40-year-old Christian Fitting, who was found standing in front of the burning trailer.

Police say Fitting had an ongoing problem with the landlord at the RV park.