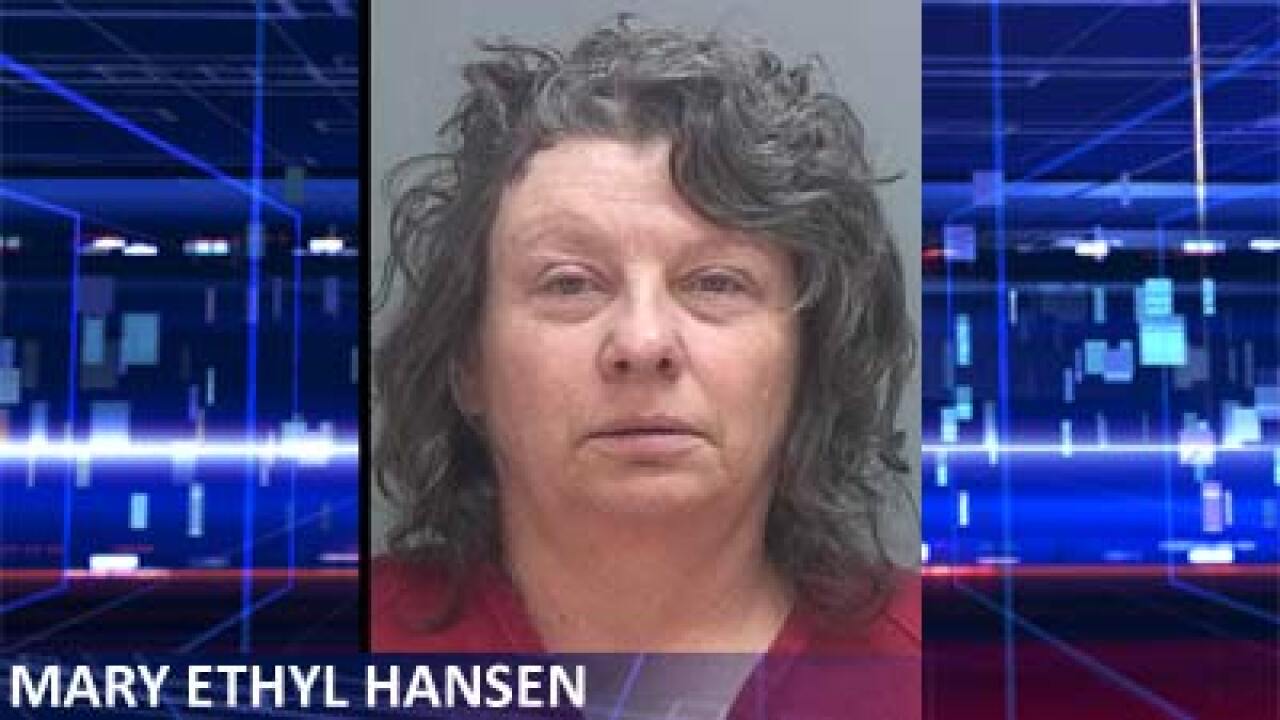 WEST JORDAN — A woman who allegedly shot her 18-year-old daughter in an alleged attempted murder-suicide was booked into the Salt Lake County Jail on Thursday.

52-year-old Mary Ethyl Hansen allegedly shot and killed her 18-year-old daughter Virginia Ray Hansen on Wednesday morning before turning the gun on herself in what appears to be a murder-suicide attempt.

Mary Hansen sustained a gunshot wound to her head, but managed to get out of the house, into her car and drove to a neighbor’s house.

“The mother went ahead and shot the daughter and came out, got into her car, drove down the street, honked her horn and, once the neighbor came outside, announced that she had shot her daughter and herself and then drove back down the street and parked in the driveway again,” said Drew Sanders of the West Jordan Police Department on Wednesday.

Police received a call just before 11 a.m. When they arrived on scene, they found the body of Virginia Hansen inside the house on a bad with a gunshot wound to the head. Mary Hansen was taken to Intermountain Medical Center with non-life threatening injuries.

According to a probable cause statement released Thursday, Mary told an officer that she and her daughter had a plan to die.

Mary Hansen was released from the hospital on Thursday and booked into the Salt Lake County Jail for first degree felony homicide.

A family friend told FOX 13 that the two were reclusive and the mother had health problems. Neighbors say the two kept to themselves, despite living in the house for six years. Virginia had dropped out of high school and was completing classes online.