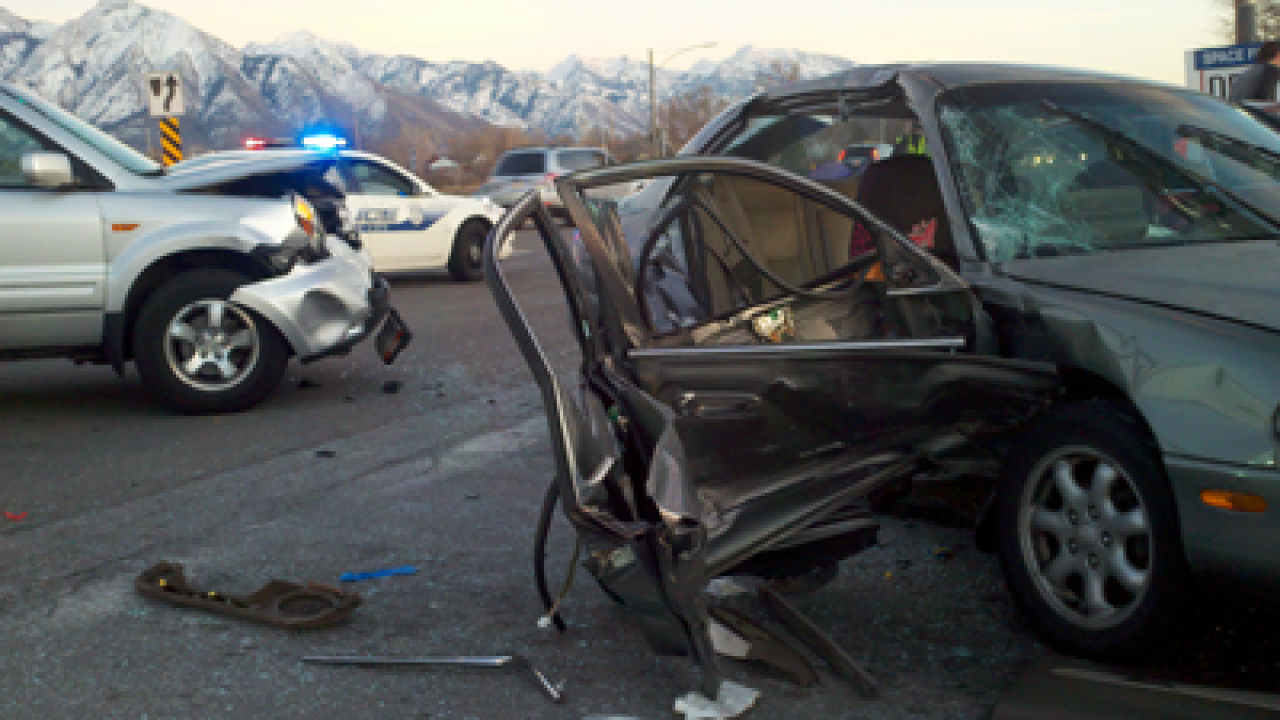 A woman was taken to the hospital after a four-car crash in Salt Lake City.

The cause of the crash near 2990 South and 1300 East is unknown, but four vehicles were involved and one woman was trapped in her vehicle. She had to be cut from the wreckage and was taken to the hospital in an unknown condition.

The roadway, including the Interstate 80 off ramp to 1300 East, was closed as crews performed cleanup and investigated.

The condition of the people in the other vehicles is unknown.

Stay tuned for more as it becomes available.