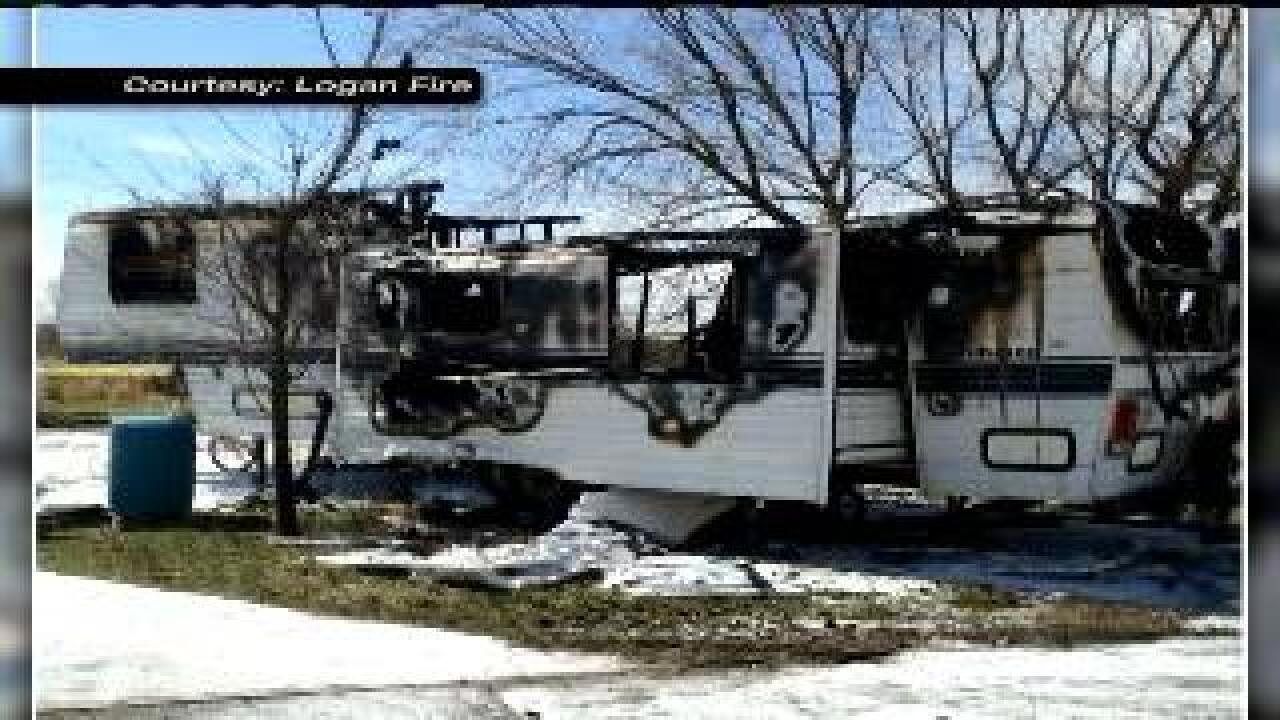 A man was arrested for arson after a trailer fire in Logan.

Fitting was standing in front of the fire when crews arrived and was later arrested for aggravated arson, reckless endangerment and cruelty to animals.

When crews arrived, the trailer was fully engulfed.  It was a total loss.