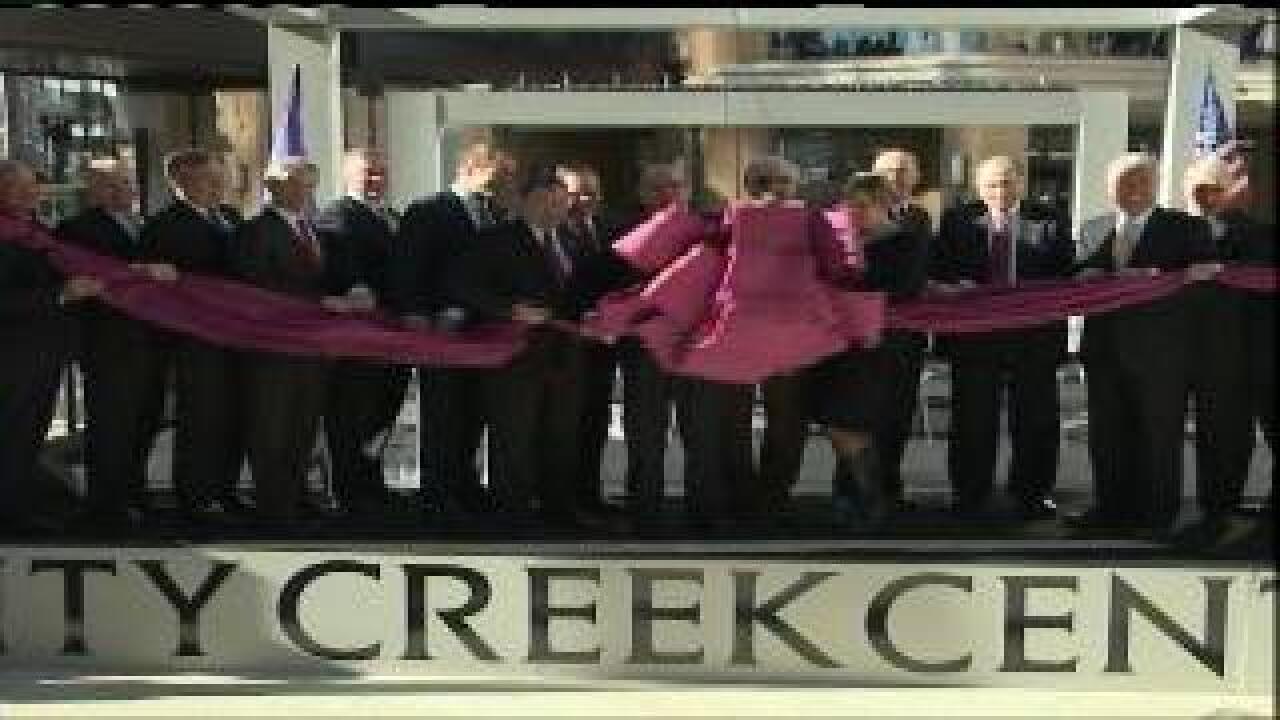 Planners of the project had the goal to re-energize the downtown area of Salt Lake City.  They say the center is world-class shopping center that captures the beauty of Utah.

Many leaders and community members attended the ribbon cutting ceremony on Thursday morning.

In his speech, Gov. Gary Herbert talked about City Creek Center being the largest mixed use development in the country, except the Ground Zero project.

"I've had March 22 circled on my calendar for a long time," said Herbert. "I believe that this is going to help transform and revitalize our capital city here."

The center spans about two city blocks and 92 stores opened on Thursday.  Festivities continue throughout the day.