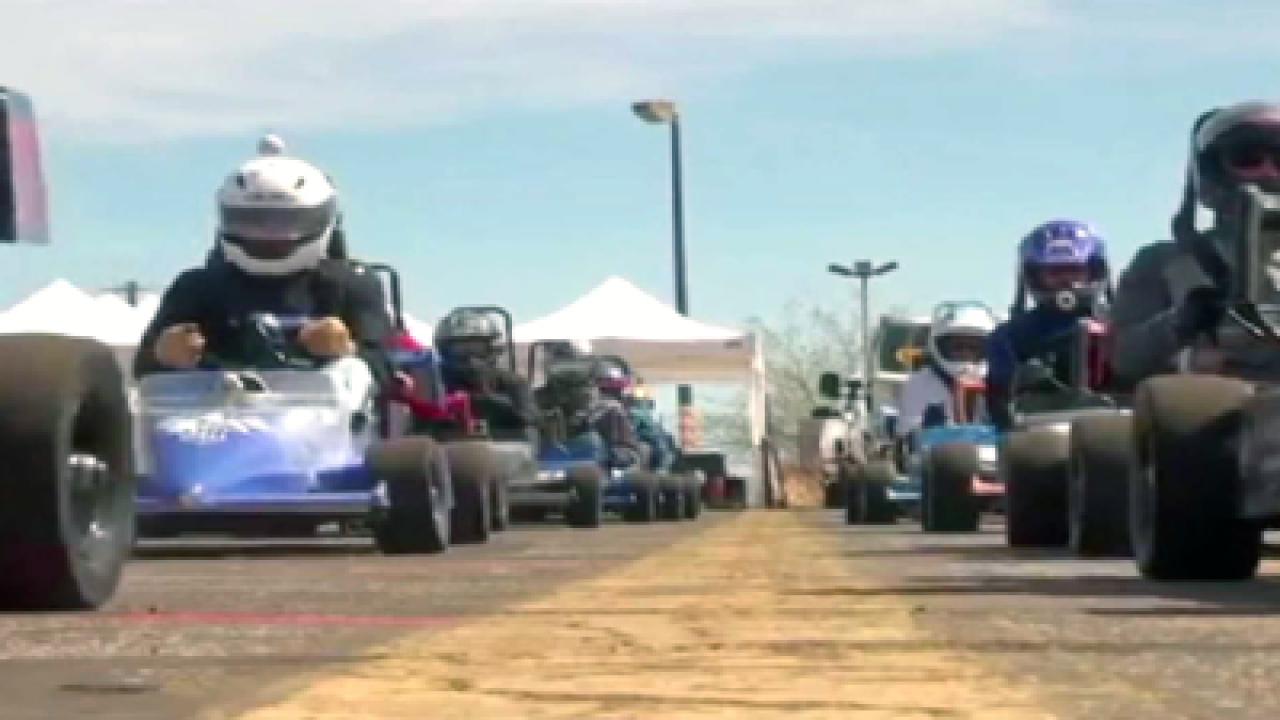 ST. GEORGE, Utah -- Teams from around the world brought their specialized cars to a major racing event in St. George on Friday, reaching speeds of over 5 miles per hour.

37 teams came from around the world, some as far as Australia, for the Mini Indy race.

"My lawn mower is more powerful than the engines on some of these cars," said Marc Mortensen, one of the racers. "We put a lot of energy into a car that goes about seven miles an hour."

Skywest has been putting on the event for 12 years. This is the second year they've been racing at Black Ridge Speedway, which took the place of the old St. George Airport.

"This year we're looking to probably have over eighty thousand dollars toward United Way Dixie. Over the twelve years we've done nearly a million dollars to charity and Skywest scholarship," said Marissa Snow with Skywest Airlines.

This year's winner was the Wencor Group, an airplane parts manufacturer with an office in Springville.