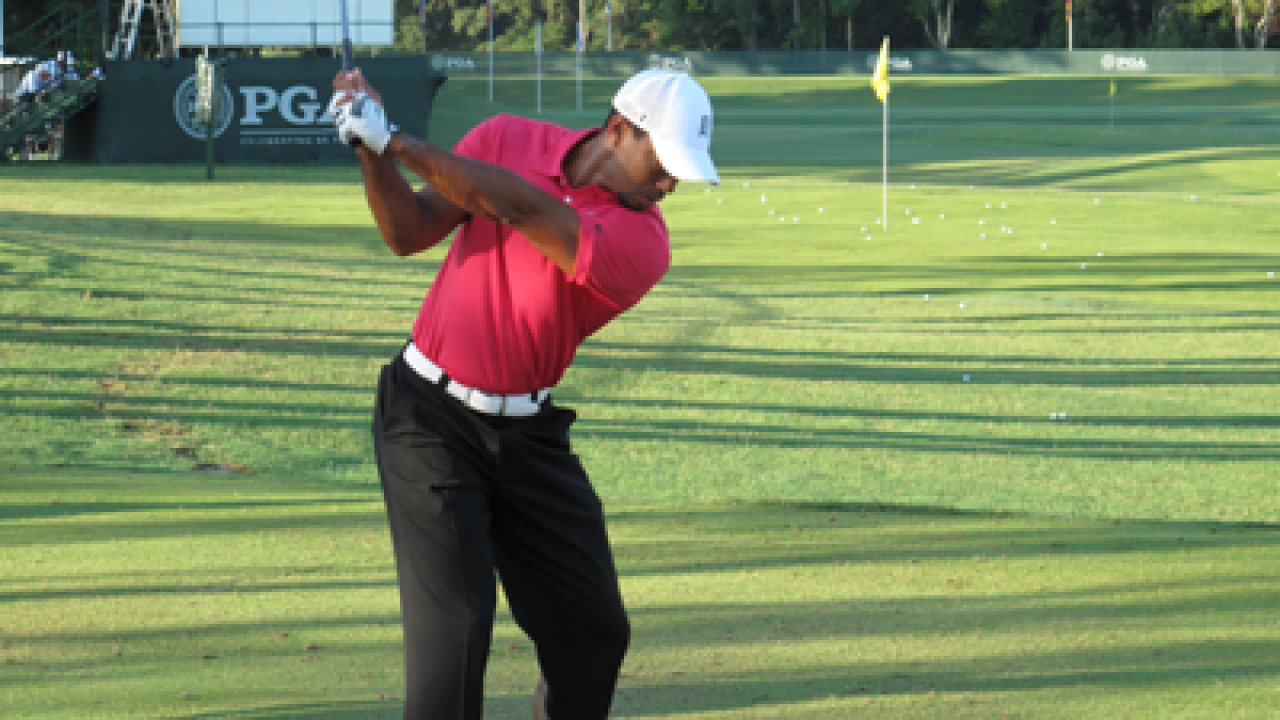 (CNN) — After years plagued by injuries and scandal, Tiger Woods pulled away from his competition Sunday to capture his first PGA Tour win since September 2009.

Months after capturing the BMW Championship, Woods became a tabloid fixture for his affairs with several women that led to the end of his marriage. His golf game also suffered significantly in the 3 1/2 years since, thanks in large part to various injuries.

Yet he had proved successful in the past at the Arnold Palmer Invitational, having won six times before this weekend at the course in his long-time hometown of Orlando, Florida.

He walked up toward the 18th green Sunday to fervent applause, tipping his hat to fans. He ended up tapping in on that hole for par, to finish five strokes ahead of second-place finisher Graeme McDowell.

“It feels really good,” Woods told NBC, which covered the event. “(It was) a lot of hard work, I’m so thankful for a lot of people helping me out along the way. It’s been tough.”

The tournament’s namesake, Arnold Palmer, did not congratulate the winner as expected because of a health problem that led to his going to Dr. P. Phillips Hospital in Orlando.

Alastair Johnston, chief operating officer of Arnold Palmer Enterprises, explained in a statement that the 83-year-old golf giant’s blood pressure — when checked 15 minutes before Woods wrapped up the contest — was “at a level where the doctor involved suggested that he go immediately to get more intensive evaluation at the hospital.”

“I think the blood pressure situation is starting to ameliorate,” Johnston said after talking with Palmer’s daughter. “Nobody is overly concerned about the prognosis, although he is going to remain in the hospital overnight for observation.”

After his victory Sunday, Woods took to Twitter to express his joy and also send out well wishes to Palmer.

“Heading home now and I can’t stop smiling. Thanks to Otown fans and everyone watching for all the love. Get well soon, Arnie,” he wrote.

Woods, who has won 14 Grand Slam titles, had won the 2011 edition of the World Challenge tournament that he hosts. But until Sunday, he had been still searching for a comeback win in an event with a full field.

His next big tournament will be next month’s Masters, the Grand Slam event held each year in Augusta, Georgia. Despite earlier concerns that he may be hindered once again by injuries, Woods expressed optimism and enthusiasm Sunday that he’d do well.