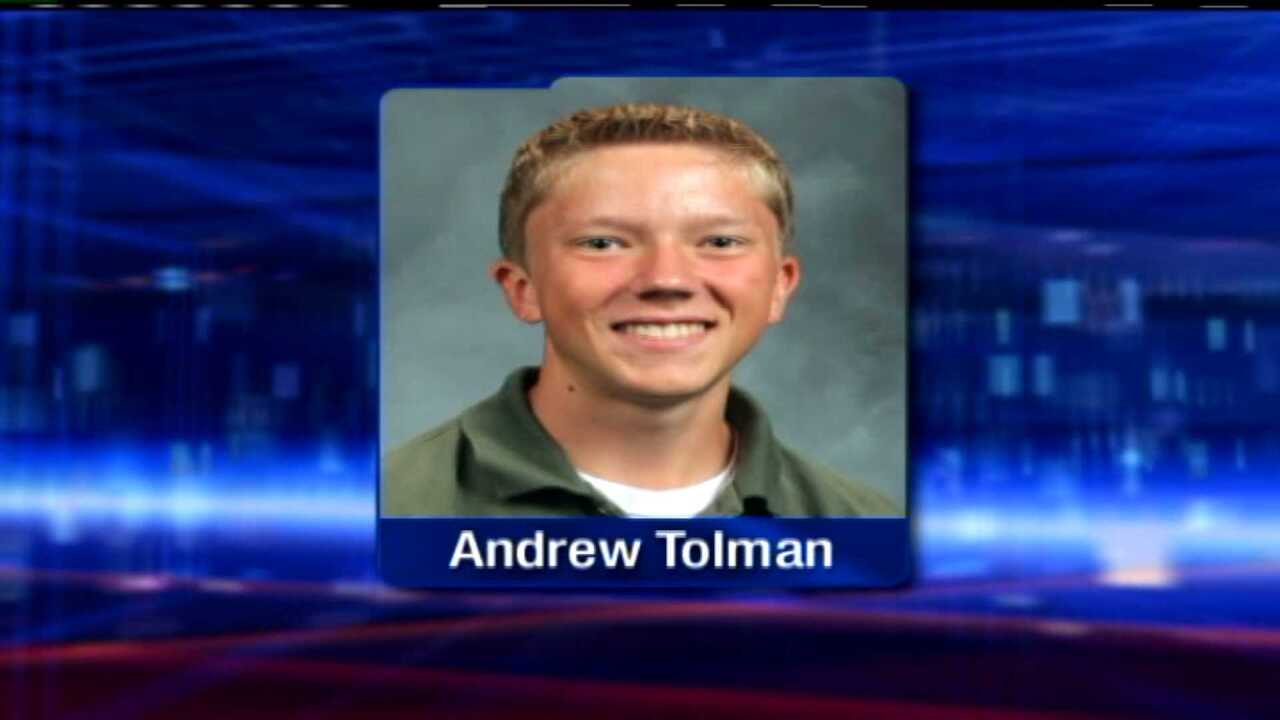 Police said Andrew was walking his bike in a crosswalk when he was hit by a car at 400 West and State Street in Farmington.

Andrew was airlifted to Primary Children's Medical Center with critical head injuries where he later died in the emergency room.

Police are trying to determine why the driver did not see the boy in the crosswalk.  They said no drugs or alcohol were in the 29-year-old female driver's system at the time of the accident.

"The speed limit is 35 miles an hour and it appears she was within the speed limit," says Farmington Police Chief Wayne Hansen.

The driver says the glare of the sun blinded her and she never saw Andrew.

"She was very distraught, very upset. I spoke with her this morning and she is understandably upset," says Hansen.

Andrew was a Viewmont High student. On Wednesday, school grief counselors were on hand at the school to help students cope with his death.

"He was just a nice guy, he was always happy, he was an amazing trumpet player. We're definitely all going to miss him in the marching band and his wonderful sense of humor," said one Viewmont student.

Police say they are compiling witness reports and finalizing their investigation into the accident. They say they will forward the information to the county attorney who will determine whether they will press charges against the driver.