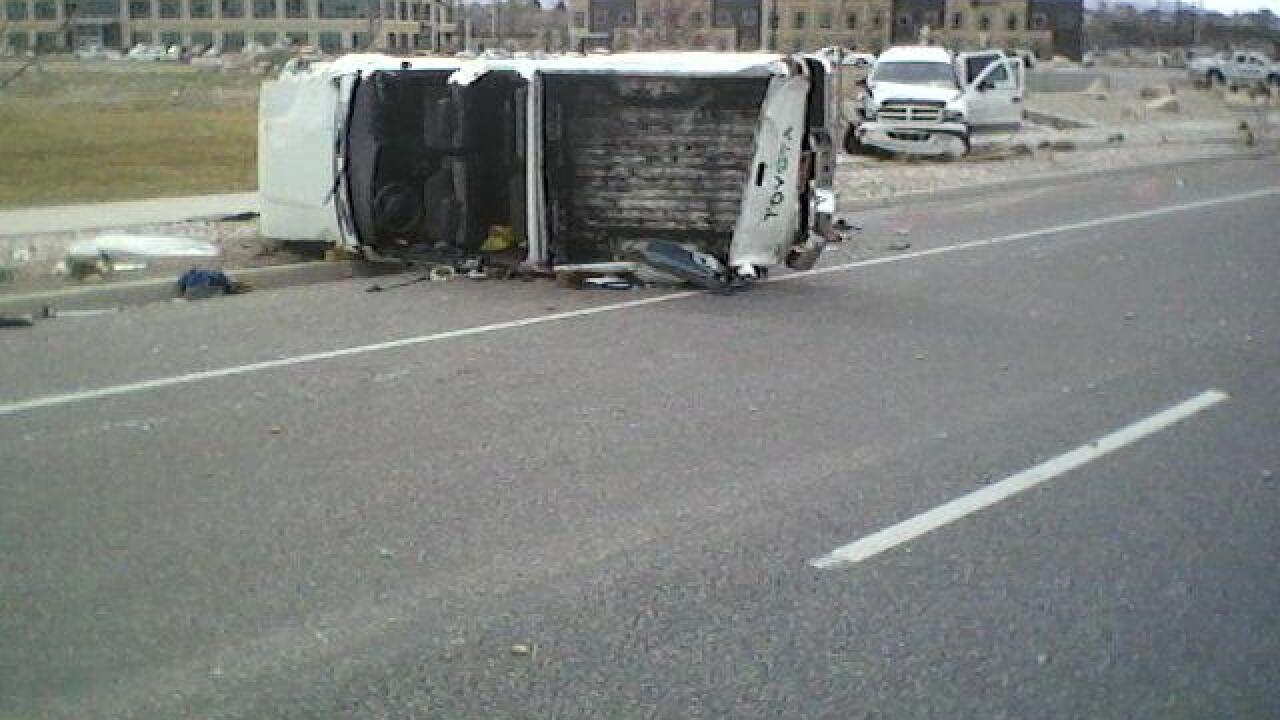 The crash happened around 2:30 p.m. at 7000 S 1000 W. Police say a Dodge Durango and a Toyota Tacoma were both headed eastbound when they collided. The Durango hit the Tacoma’s right rear quarter, causing the Tacoma to roll.

The Tacoma’s 62-year-old driver became trapped in the wreckage and was extricated. He was transported to an area hospital. The Durango was driven by a 33-year-old woman. She had a 5-year-old passenger. Neither were hurt.