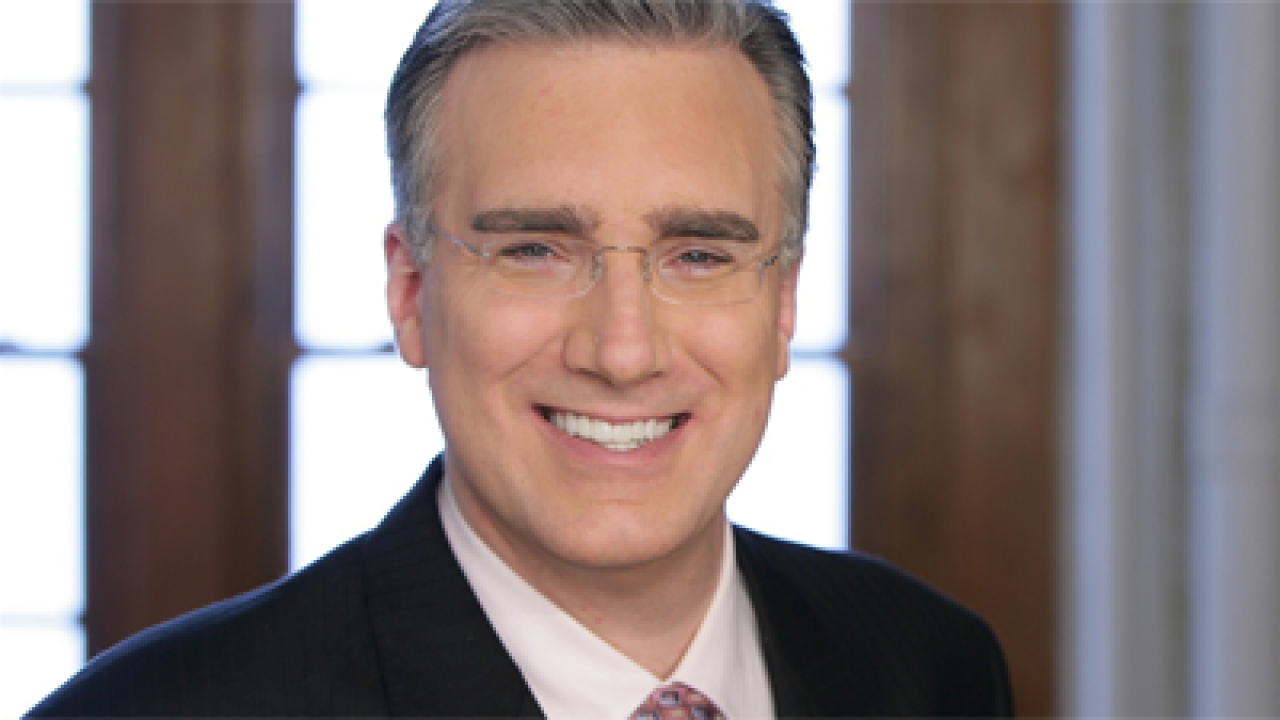 “Current was … founded on the values of respect, openness, collegiality and loyalty to our viewers,” Gore and Joel Hyatt wrote in an “open letter” to viewers on the network’s website. “Unfortunately these values are no longer reflected in our relationship with Keith Olbermann, and we have ended it.”

Olbermann responded sharply in a series of Twitter messages Friday, saying that for more than a year he has been “imploring” Gore and Hyatt “to resolve our issues internally.” He did not specify what those issues were.

“Nevertheless, Mr. Gore and Mr. Hyatt, instead of abiding by their promises and obligations and investing in a quality news program, finally thought it was more economical to try to get out of my contract,” the left-wing news personality wrote.

“It goes almost without saying that the claims against me in Current’s statement are untrue and will be proved so in the legal actions I will be filing against them presently,” Olbermann added, vowing later that the “truth of the ethics” of Gore and Hyatt eventually “will come out.”

Besides its statement, Current TV offered no further comment.

This marks the second time in 15 months that Olbermann has abruptly left a news network. In January 2011, he cut ties with MSNBC after eight years.

In that time, the former sports news anchor became a favorite of progressives for challenging rivals at Fox News and elsewhere.

But he also faced criticism and publicly aired his frustrations with NBC’s management. The 53-year-old was suspended from MSNBC for two days after the news website Politico revealed that he had made donations to three Democrats.

Weeks after leaving MSNBC, Olbermann inked a deal with Current Media, a company founded by Gore and Hyatt. Besides hosting and producing his new prime-time nightly news and commentary show, Olbermann was named Current Media’s chief news officer and had an equity stake in the company.

He relaunched his signature “Countdown” show last June, showcasing a host of liberal-leaning guests and the return of his “Special Comment” segment.

In his Twitter statement Friday, Olbermann said that his decision to join Current was “sincere and well intentioned … on my part, but in retrospect a foolish one.”

“That lack of judgment is mine and mine alone, and I apologize again for it,” he wrote.

His immediate replacement in the network’s 8 p.m. slot will be former New York Gov. Eliot Spitzer, Gore and Hyatt announced.

Spitzer hosted a prime-time CNN show from September 2010 until last July, when “In the Arena” was canceled as part of an evening lineup shuffle. He had resigned as New York’s governor in 2008 after it was revealed that he visited a high-priced prostitute.

He joins a network — whose current president, David Bohrman, was CNN’s former Washington bureau chief — that is available via cable or satellite TV in 60 million U.S. households and in an additional 11 million internationally, according to Current’s website.

The network notes that it has won two Emmys, a Peabody award and various other honors.