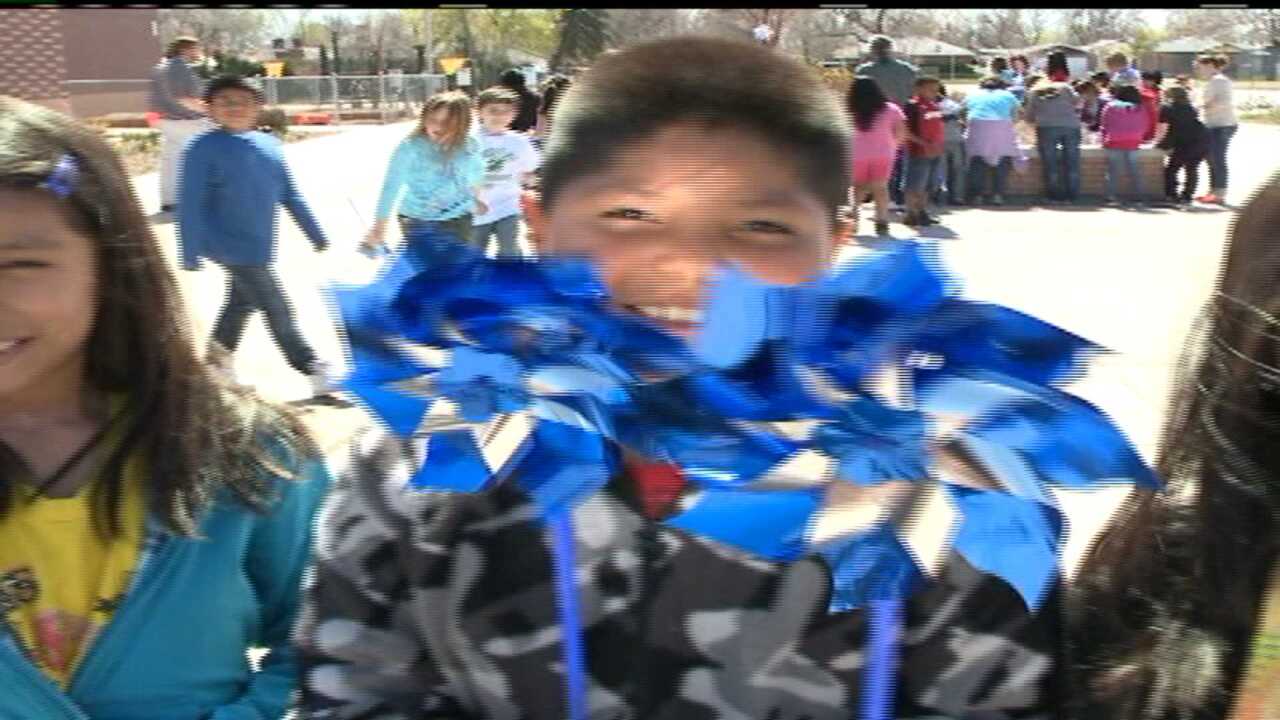 Each child was given a blue and silver pinwheel to plant as a reminder of child abuse.

"It's fun, it's magical it's just blows freely in the wind and every child should have that same kind of lifestyle," said Suzanne Leonelli, Prevent Child Abuse Utah.

During the month of April, 50,000 pinwheels will be on display across the state as a visual reminder of the children who face abuse.

"It's a movement, actually a call to action so that people have a visual sign of what child abuse prevention is all about," said Leonelli.

The pinwheel movement, organized by Prevent Child Abuse Utah, is part of a national effort to raise awareness. Pinwheels will be found at state and county buildings and participating schools.