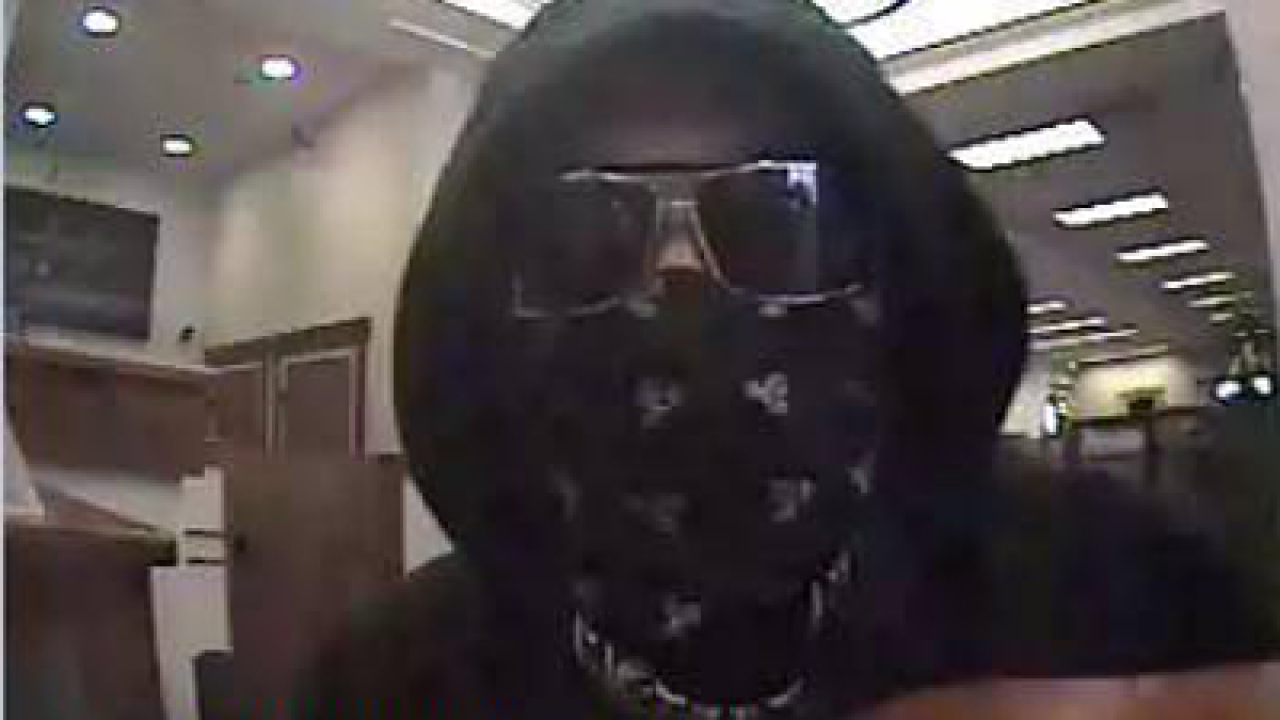 Wells Fargo bank is offering a $10,000 reward for information leading to the arrest of a masked gunman who robbed a Provo bank on Saturday morning.

Police say an armed suspect wearing a mask entered the Wells Fargo on 100 North and University Avenue in Provo at around 10 a.m. Saturday, March 31, and demanded money.

“He came in he demanded money, he got an undisclosed amount and then left the scene,” said Sgt. Matt Siufanua, Provo Police Dept.

Police closed the streets surrounding the bank while they searched the area for the suspect but were unable to locate him.

The suspect was wearing a black hoodie, light faded jeans and black sneakers. He was wearing large sunglasses with silver trim and a dark bandanna. He’s between 5-foot, 4-inches and 5-foot, 9-inches tall.

Anyone with information about the incident is asked to contact Provo police.