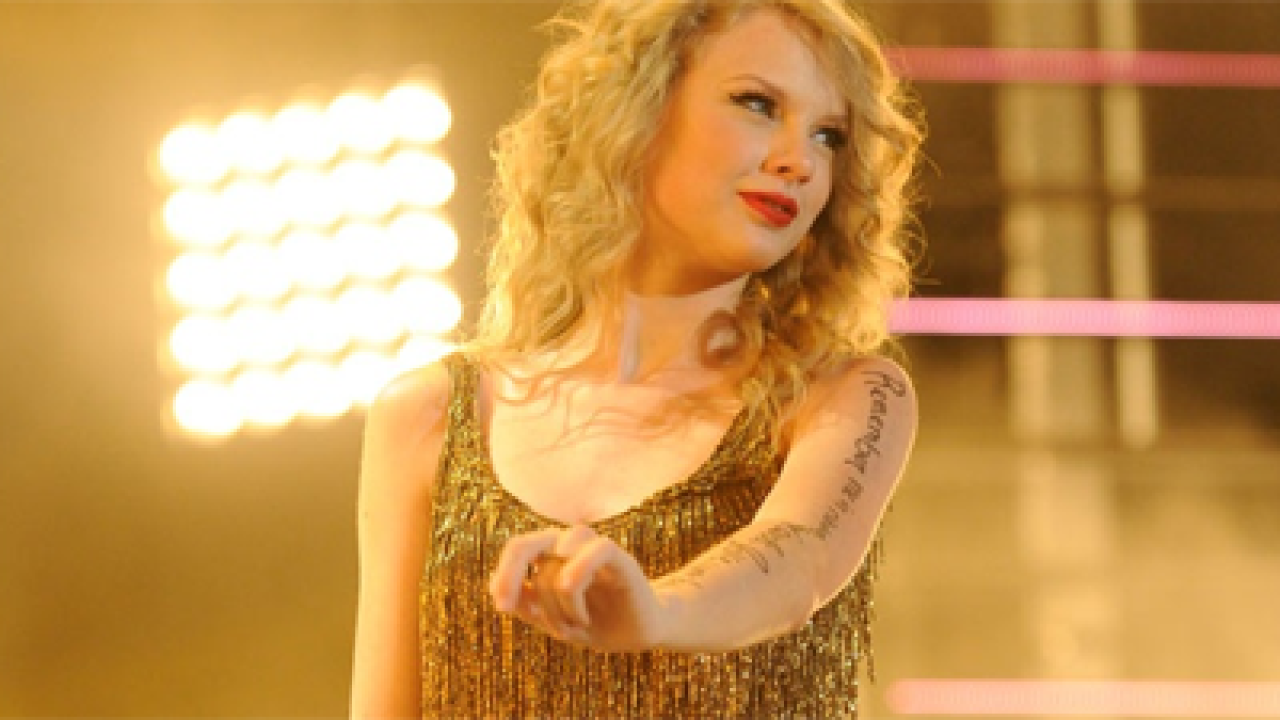 (CNN) — For the second straight year, Taylor Swift won entertainer of the year at the Academy of Country Music Awards.

“I want to say to my fellow nominees in this category, I respect you so much and I love you,” said the 22-year-old star, who was the only female nominated in the category this year. She beat out Kenny Chesney, Jason Aldean, Brad Paisley and Blake Shelton.

“To the fans for voting, thank you for doing this. This is exciting,” she said. “Thank you!”

Swift’s award was the last to be handed out Sunday night in Las Vegas during the 47th annual awards show.

Lambert snagged top awards for female vocalist of the year and album of the year for “Four the Record.”

“I own every record in this category and I’ve been listening and listening, thinking — man, not going to get it. Every record is amazing and I’m so thrilled,” she said after winning the album award.

Her husband, who hosted the show alongside Reba McEntire for the second year in a row, won male vocalist of the year.

Lady Antebellum, which led in group nominations with five, won the vocal group of the year award, while American Idol alum Scotty McCreery took home the award for new artist. The Eli Young Band walked away with one of the first awards of the night — song of the year — for “Crazy Girl.”

About an hour and a half into the show, which was broadcast by CBS, a real-life couple took to the stage to get married as Martina McBride and Pat Monahan sang the song “Marry me.”

Chesney had been up for nine awards, the most of any artist, while Swift led solo female nominations with three. Chesney has won entertainer of the year four times since 2004.

His domination of the country music awards included a nomination for male vocalist of the year, his 10th; two album of the year nods for “Hemingway’s Whiskey;” double nominations for single record of the year and vocal event of the year as artist and producer on “You and Tequila.” That tune was also up for song of the year.

Keith’s homage to the ubiquitous party drink container — “Red Solo Cup” — was honored with three ACM nominations, including for video of the year and a double nomination as artist and producer for single record of the year.