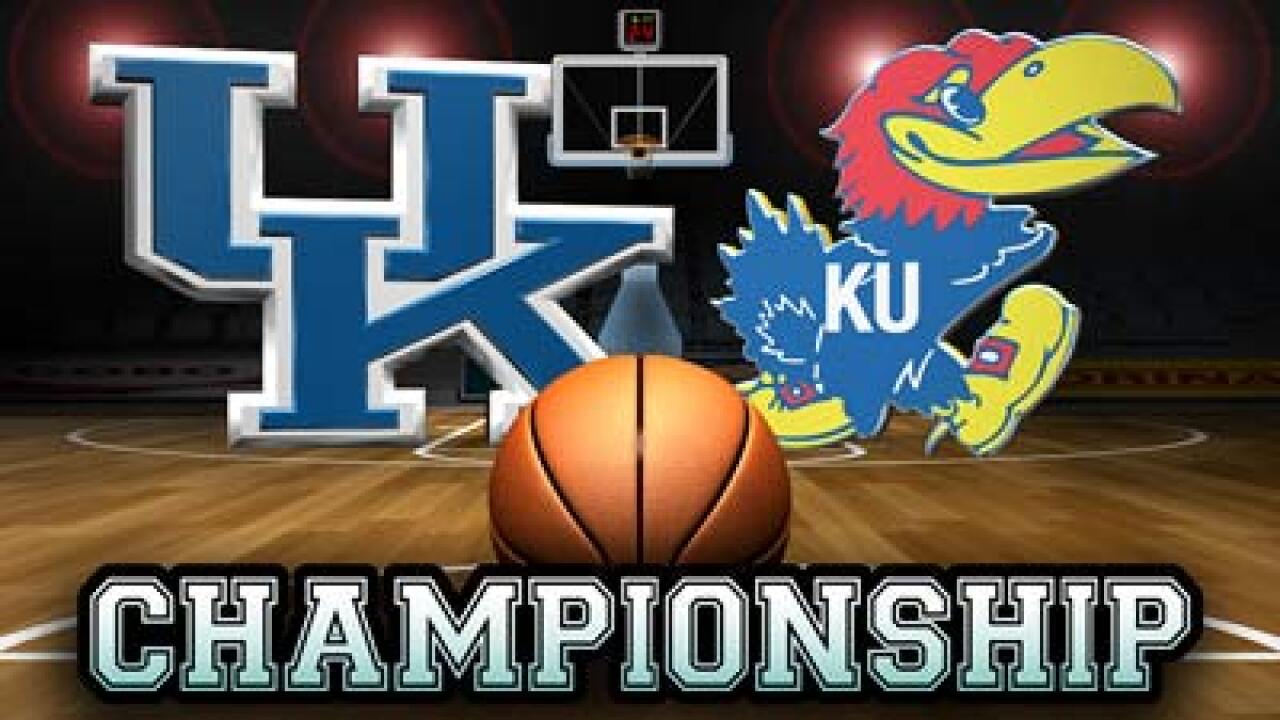 Despite a late surge that brought the Jayhawks within five points, the Wildcats dominated the game, leading by double digits during much of the second half.

Kansas’ Tyshawn Taylor put up 19 points and three assists for the Jayhawks, and Robinson led in rebounds with 17.

Both teams congratulated one another after the game, with Kentucky’s Darius Miller at a loss to describe the euphoria.

“I can’t really explain it or put it into words,” Miller said, wearing a ceremoniously severed basketball net around his neck. “All the hard work that we put in this year, the sacrifices that people have made on this team, it means a lot. Especially with these guys, we’ve grown as brothers, and we’ve had a lot of fun with this.”

“It was great. I just had to let it go because I had to get up to my mom and my family, and it would have took too long to get up there holding that big trophy,” Jones said with a smile.

The mood was quite different on the Kansas side, where a somber-looking Taylor reflected on his final game as a Jayhawk.

“As a senior, this is a bad feeling because I don’t get a chance to make it up to these guys,” he said. “I love how we fought, and in a couple of days I might look back and say, ‘You know, this was a great year. We had a great year.’ But right now, it’s just a bad feeling — being so close, working so hard for four years to get to this one game. And we’re finally here, and just come up short.”

The top-seeded Wildcats and the No. 2 seed Jayhawks squared off earlier in the season, with Kentucky netting a 75-65 win.

Battalion Chief Ed Davis of the Lexington Fire Department said firefighters responded to 55 “nuisance fires” in the area of the University of Kentucky campus.

In one instance, a fire truck responding to a scene was cut off by a pickup truck, and it struck a car early Tuesday morning. When the fire chief and police were preparing an incident report, someone fired in their direction, Davis said.

Lexington police said they made numerous arrests, but the shooter was still at large.