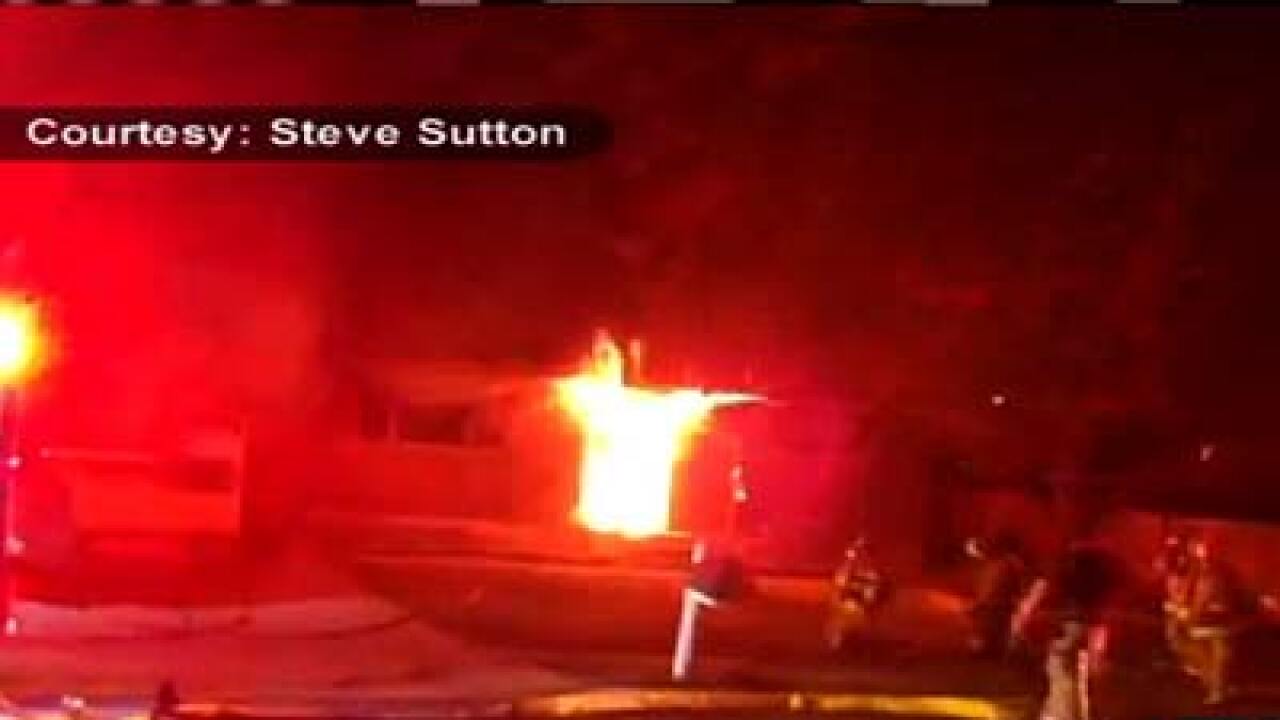 A home in Sandy is destroyed after a late night fire Thursday.

Around 10 p.m. firefighters were called to the scene near 11000 South and 1050 East in Sandy.  When crews arrived, the house was engulfed in flames.

Firefighters said they people inside heard noises coming from the garage and went to check it out.  When they opened the door, flames came shooting out.

Crews said the fire spread quickly to the house, but there were able to keep the fire from spreading to neighboring homes.

"They won't be able to stay in  the home tonight," said Chief Don Rosenkrantz, Sandy Fire Department.  "It did a lot of damage to the main floor even though it started in the garage."

The family, including the dog, were able to get out safely.

Investigators said the cause of the fire is still unknown.