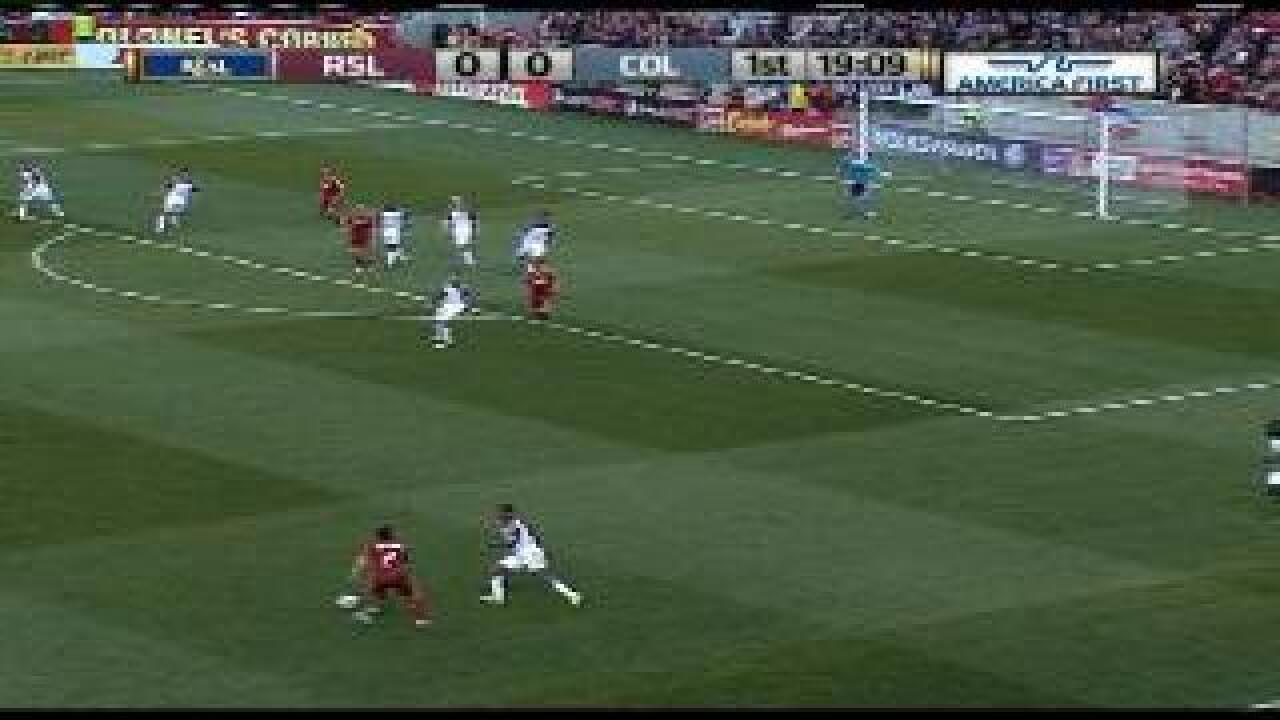 At 19 minutes in to the game, Real Salt Lake's Tony Beltran sends a pass over the top of five Rapids defenders to Alvaro Saborio who blasts it home past Matt Pickens for the first goal of the game.

Real led one to zero at halftime.

Then controversy at the 57th minute when Luis Gill passes ahead to Fabian Espindola and Pickens said it was a handball.  Espindola taps it in to make the score two to zero.

Replays show the ball going off Espindola's left forearm; the goal should not have counted, but Real Salt Lake will take it.

Later in the match, more proof that Real and the Rapids don't care much for each other.  Drew Moor and Gill get into a fight and both get yellow cards.

Nick Rimando gets the shutout and Real Salt Lake wins it 2-0.  Their record improves to 5-1 on this season.