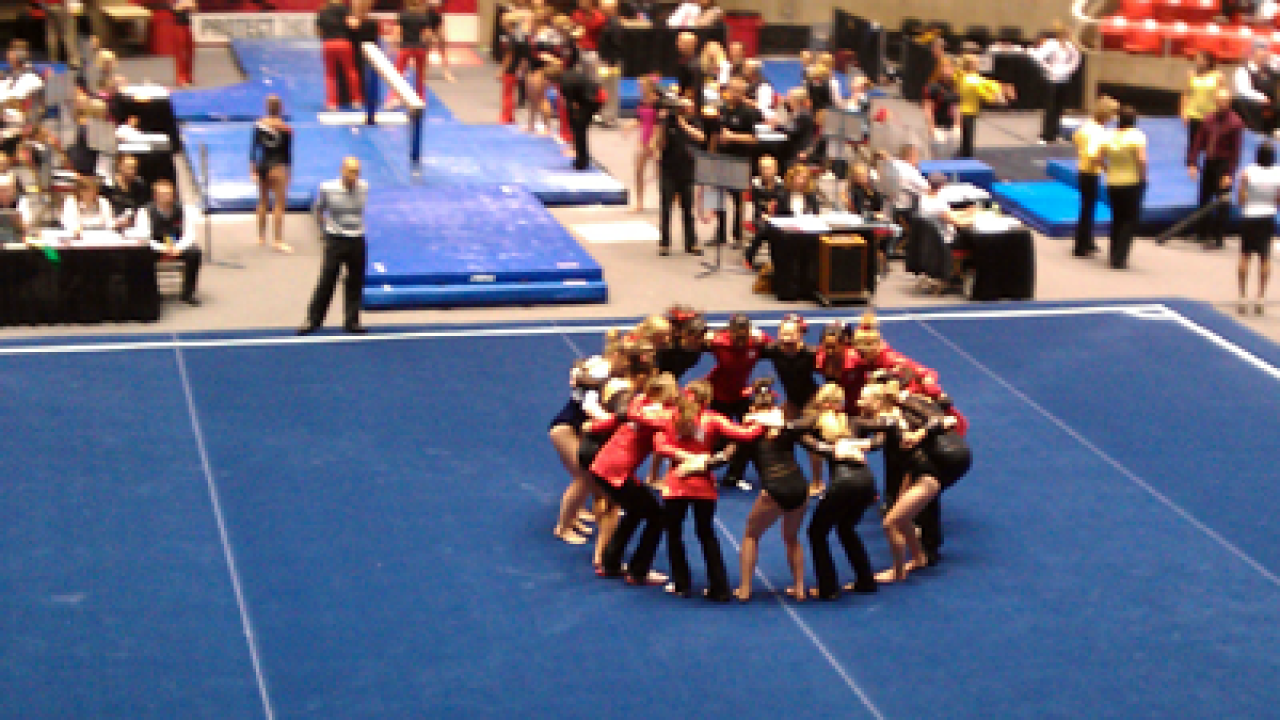 SALT LAKE CITY -- The University of Utah women's gymnastics team will be heading to the national championship for a record 37th time after winning the Salt Lake City regional competition Saturday night.

The eighth-ranked Red Rocks were strong throughout the night, hitting 24-of-24 routines, winning three of four events and finishing with a 196.825. Freshman Georgia Dabritz won bars with a 9.90 and red shirt senior Kyndal Robarts captured the floor title with a 9.90. Freshmen Kailah Delaney and Kassandra Lopez added second place finishes on vault (9.90) and bars (9.875), respectively.

The win comes two weeks after the Red Rocks had to count a fall on beam, costing them the Pac-12 championship as UCLA recorded a 197.425, barely topping the Utes' 197.375.

"I think for this team, this is really a special night. They needed to put an entire meet together and to get to do it at home, with their fans here, I feel like our fans really hung in there with us," said Megan Marsden, Utes gymnastics coach. "Tonight was really gratifying for the whole team."

Utah faced fifth-ranked Nebraska for the second time this season. The Huskers edged out the Red Rocks 197.60 - 197.450 last time, but a fall on bars and struggles throughout the night kept the top spot out of reach as Nebraska finished second with a 196.525.

The Huskers will join the Red Rocks at the national championship in Duluth, Georgia, on April 20-22.

"I think we have a shot of doing really well and some damage at nationals, so I'm glad I get to be a part of that," said Robarts.

Utah will compete against UCLA, Oklahoma, Nebraska, Stanford and LSU in the first semi-final for a chance at the Super Six and the championship. Utah has already competed against three of the six teams twice this season; UCLA and Stanford in the regular season and the Pac-12 Championship and Nebraska in the regular season and in the Salt Lake City regional competition.

The other teams competing are: