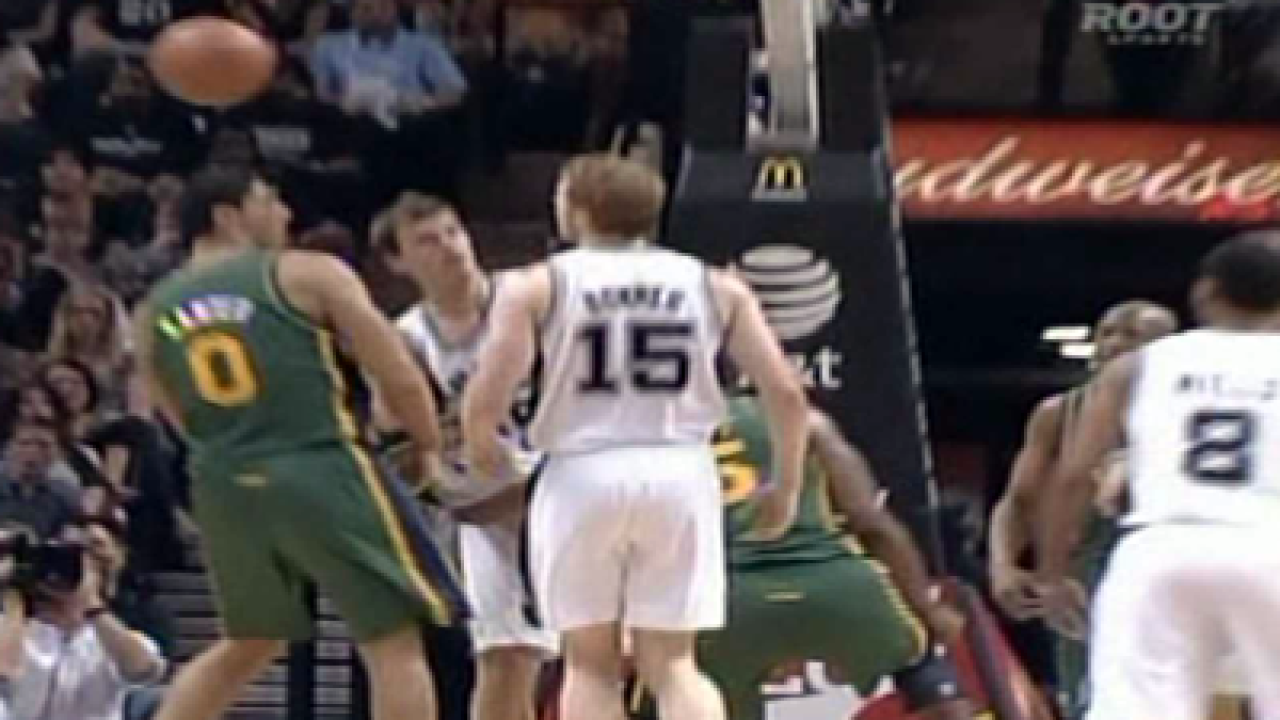 The Utah Jazz’ playoff hopes are further out of reach after a 114-104 loss to the Spurs in San Antonio on Sunday night.

The Spurs (40-14) outscored the Jazz 31-19 in the first quarter and the Jazz (29-28) were unable to come back, never leading in the game and falling 114-104. The largest lead held by the Spurs was 19 in the first half, but that number was cut down to single digits in the fourth quarter.

Both Earl Watson and CJ Miles suffered leg injuries and left the game in the first half.

Tony Parker scored 28 points for the Spurs, Emanuel Gonobili scored 23, including 14-for-15 on the free throw line.Tim Duncan added 16 rebounds.

The win is the 11th straight victory for the Spurs, who tied the longest winning streak of the season, also held by the Spurs between Jan. 30 and Feb. 20. They sit atop the Western Conference rankings.

The Jazz are 1.5 games behind Denver, who sit at number 8 and the last playoff spot for the West.

Utah will host the Spurs again Monday night at Energy Solutions Arena. They’ll head to Houston to take on the Rockets (31-25) on Wednesday.