Race over, but Santorum vows to keep fighting 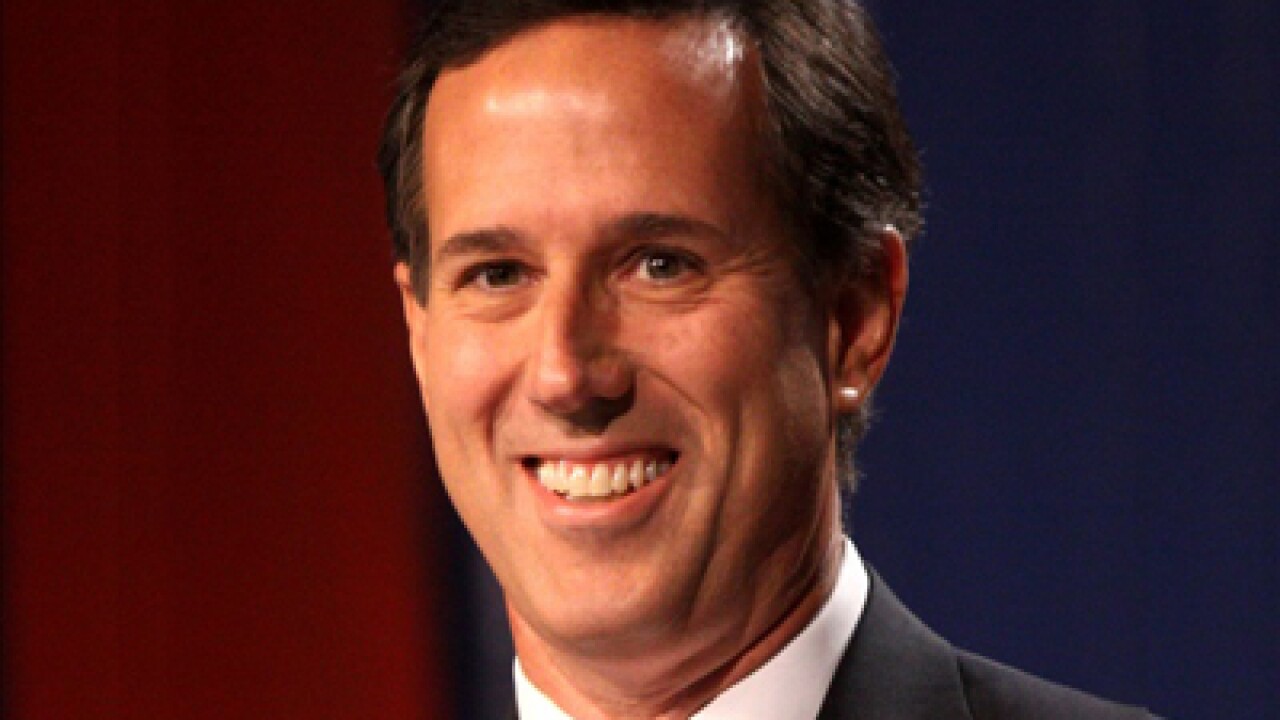 (CNN) — Rick Santorum suspended his campaign on Tuesday after it became increasingly unlikely he could tackle the obstacles standing in his way on the road to the GOP presidential nomination, according to a Santorum source.

The source said the three events that would have to occur for the former Pennsylvania senator to secure the nomination became largely improbable; Texas becoming a winner-take-all delegate state, Santorum winning the Pennsylvania primary on April 24 and rival candidate Newt Gingrich stepping aside.

During a conference call with his wife, Karen, campaign manager and staff before the official suspension, Santorum said the decision was based on personal and political factors, according to a Santorum source.

“We made the decision over the weekend that while this presidential race for us is over for me and we will suspend our campaign effective today, we are not done fighting,” Santorum said during his speech in Gettysburg. “We will continue to fight for those voices for those Americans who stood up and gave us that air under our wings.”

He also acknowledged the decision was not entirely political, saying the past weekend was a “time of prayer and thought” as he and his family cared for his daughter Isabella.

Santorum’s organization announced they were halting campaign events on Friday because the candidate’s three-year-old daughter Bella was admitted to the hospital. Bella, the youngest of Santorum’s seven children, suffers from a rare chromosomal disorder called Trisomy 18, which causes severe medical and developmental problems.

Known even before his bid for the 2012 GOP nomination as a staunch social conservative, Santorum often presented himself on the campaign trail as the alternative to more moderate candidates, who he said had compromised their ideals for political expediency.

Santorum officially announced his candidacy on June 6, 2011, and quickly began airing radio ads in South Carolina, Iowa and New Hampshire. Soon after his official announcement, he said in a CNN interview that his bid would be based on a consistent conservative record.

“I think I stand out because I have been a consistent conservative, someone who has been a leader, someone who’s had the courage to lead on a variety of hot button topics before they were popular like entitlement reform. I’ve been a leader on that,” Santorum said on June 13.

In August, when his candidacy was barely making waves key early voting states, Santorum maintained his effort would take a long view of the race, saying at an August rally “This is the little-engine-that-could campaign.”

At GOP presidential debates throughout the fall, Santorum stood mostly on the sidelines while a rotating band of GOP frontrunners took center stage. At a CNN debate in September, Santorum was criticized for not reacting to a chorus of boos from the audience after a gay soldier asked a question.

Santorum later said he couldn’t hear the boos from where he stood on stage.

The candidate had the distinction of becoming the first GOP presidential candidate to visit all of Iowa’s 99 counties, often sporting what became his signature — a sweater vest bearing his campaign’s logo. Santorum mentioned the vests as a great moment from the campaign in his speech Tuesday.

Despite the effort, Santorum didn’t see substantial traction in polls until January. He won Iowa’s first-in-the-nation presidential caucuses, though wasn’t declared the winner until nearly a week after the contest. Mitt Romney, who was declared the winner on the night of Iowa’s contest, was the candidate who saw the biggest bump from the event, though Santorum’s strong finish led to a fundraising spike.

A group of key evangelical leaders publicly backed Santorum in January after huddling in Texas, saying it was essential for the conservative wing of the Republican Party to convene around a single candidate. Santorum lacked many of the big name endorsers his rival Romney nabbed, though the candidate often derided Romney for having the backing of the Washington establishment.

Despite increasingly long odds, Santorum maintained throughout the last weeks of March that he would stay in the race, citing flawed delegate math and upcoming contests that looked to be in his favor.

“Our delegate calculation has Governor Romney far below 50-percent,” Santorum said on March 19 on CBS. “We think there’s a lot of primaries coming up, including Pennsylvania my home state, where we can make some big delegates. Texas will be another great state for us. We feel very good that we’re going to continue to win and do well.”

Prior to his bid for the 2012 GOP nomination, Santorum served as a political commentator on Fox News Channel and a management consultant.

He served in the U.S. Senate for twelve years beginning in 1995 before suffering a crushing defeat in 2006 to current Democratic Rep. Bob Casey. From 1991-1995 he served in the U.S. House of Representatives, representing the Keystone State’s 18th Congressional district.