Man hospitalized after crash with parked semi-trailer in Layton

A man was taken to the hospital with head injuries after a crash at Highway 89 and State Route 193 in Layton on Thursday.  There were also reports of flooding in the area.

A man was driving a midsized sedan northbound on State Route 193 at about 10:15 a.m. when the car went off the side of the road, according to police. 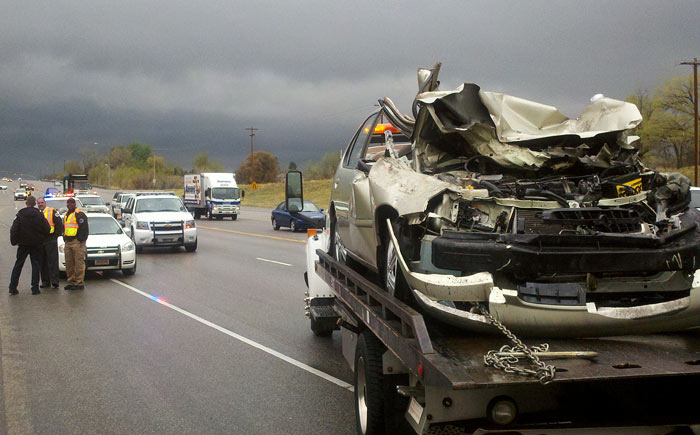 The car hit a semi-trailer that was parked on the side of the road with its flashers on.

“It was bad, it was raining, there was standing water on the road,” Sgt. Andrew Joseph, Layton Police Department.

Sgt. Joseph said the investigation is continuing and they will be look to see if the weather was a factor.  Officers that arrived on the scene reported a great deal of water and slush on the road and heavy rainfall, according to Lt. Garret Atkins, Layton Police Department.

The driver of the car was alone in the car and was able to speak with emergency personnel.  Police said the driver is expected to make a full recovery.

No one was injured in the semi-trailer.