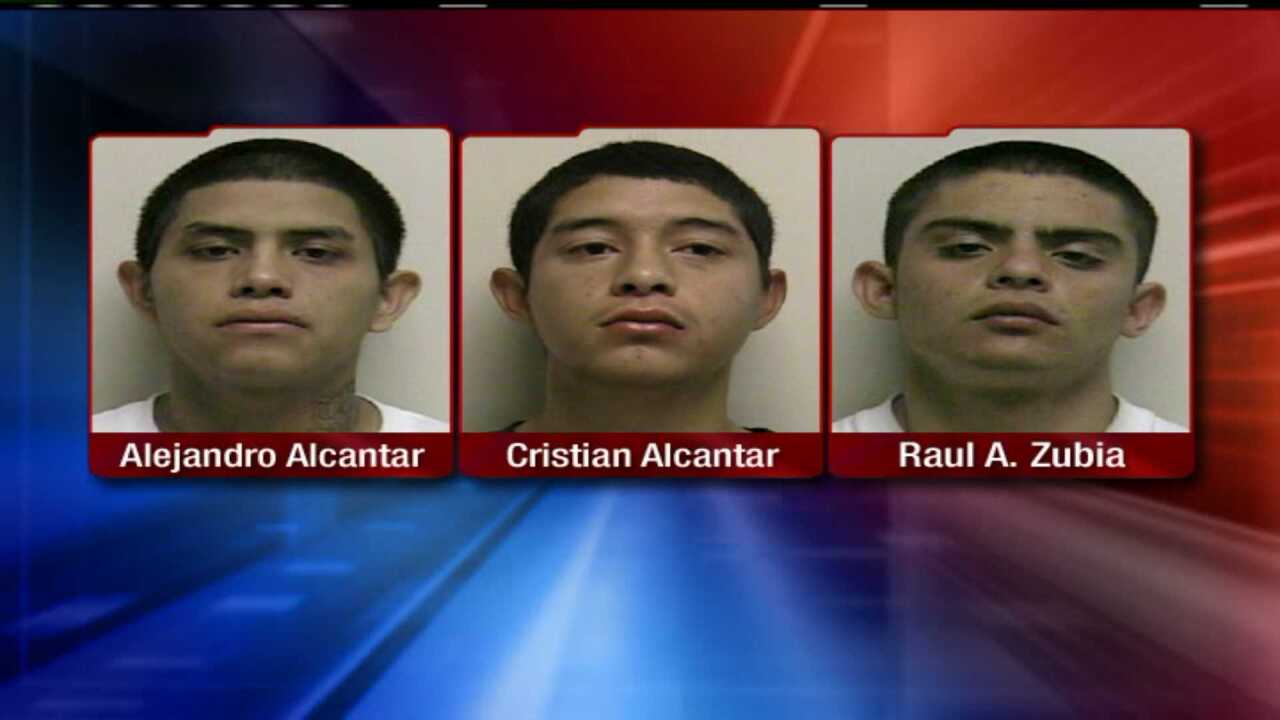 PROVO -- Police have arrested three suspects in connection with a series of robberies in Utah County.

Alejandro Guadelupe Alcantar, 20, of Provo and Raul Azehel Zubia, 19, of Springville, were arrested on April 5.  A patrol sergeant saw a vehicle that matched the description of a vehicle suspected in an armed robbery in Orem that happened earlier that evening.

"We're really happy that these guys are off the street, and hopefully it is a safer place for us out in the public now," said Officer Jon Orville, Provo Police Department.  "Also very happy that no one was injured in any of these robberies."

Police obtained a search warrant for their car and found evidence from a robbery at the University Mall in Orem.

Police said the three were involved in a total of eight robberies from January 7 to April 4.