30 vehicles involved in multiple crashes on snowy I-15 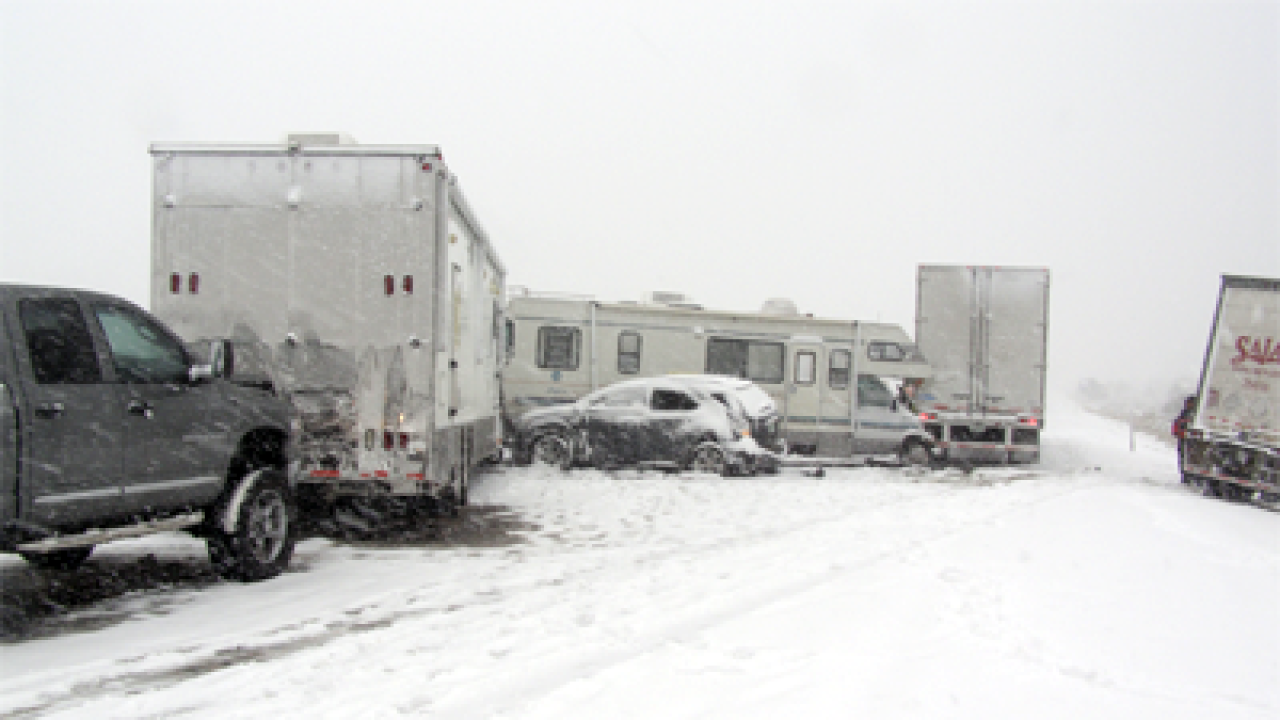 Utah Highway Patrol officials say that multiple crashes occurred on I-15 near milepost 100 at around 2 p.m. They estimate that there were approximately 30 vehicles involved in multiple crashes in the area. Traffic was backed up for about 4 miles as traffic had to move through the area.

There were only reports of minor injuries in the crashes.