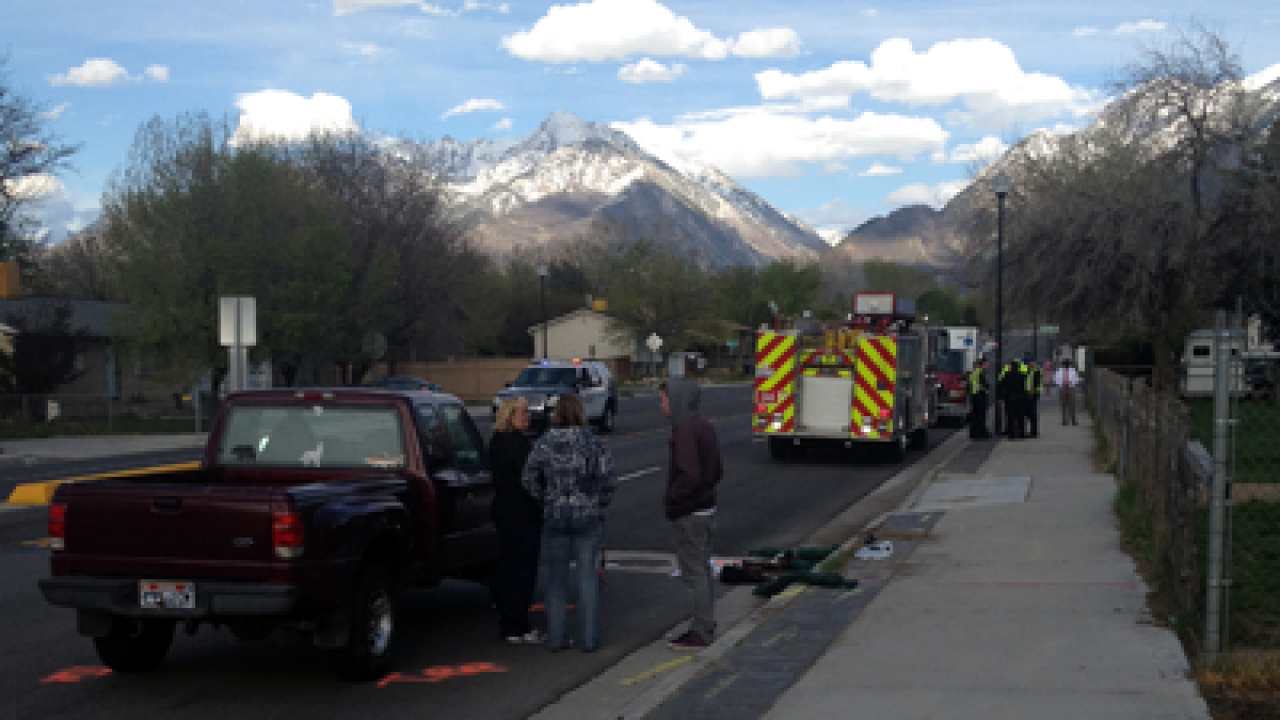 SANDY -- A 14-year-old boy is in critical condition after being hit by a truck in Sandy.

The three had crossed westbound lanes and stopped in a center median to wait for traffic to pass, but witnesses say the boy darted out into traffic trying to cross the eastbound lanes where he was hit by a passing Ford Ranger driven by a 20-year-old man. His brother reportedly told him to stay off the road, but he either didn't hear or didn't listen.

"The 14-year-old did not hear his brother and ran out into the road where he was struck by an eastbound truck," said Lt. Jeff Duvall, Sandy Police Dept.

The boy struck in the legs and received critical head injuries. He was transported to Primary Children's Medical Center via medical helicopter. Officials say he was unconscious when placed into the helicopter.

Neighbors identify the boy as Dylan Gibbs, who lives nearby.

The driver was not cited. Police say speed, drugs and alcohol were not factors.

Residents say that the area is dangerous with TRAX construction and heavy traffic flow without crosswalks. The nearest crosswalks are several blocks away, forcing residents to walk those blocks or risk crossing without crosswalks. Officials say residents need to petition the city of Sandy to have a crosswalk placed on the roadway.