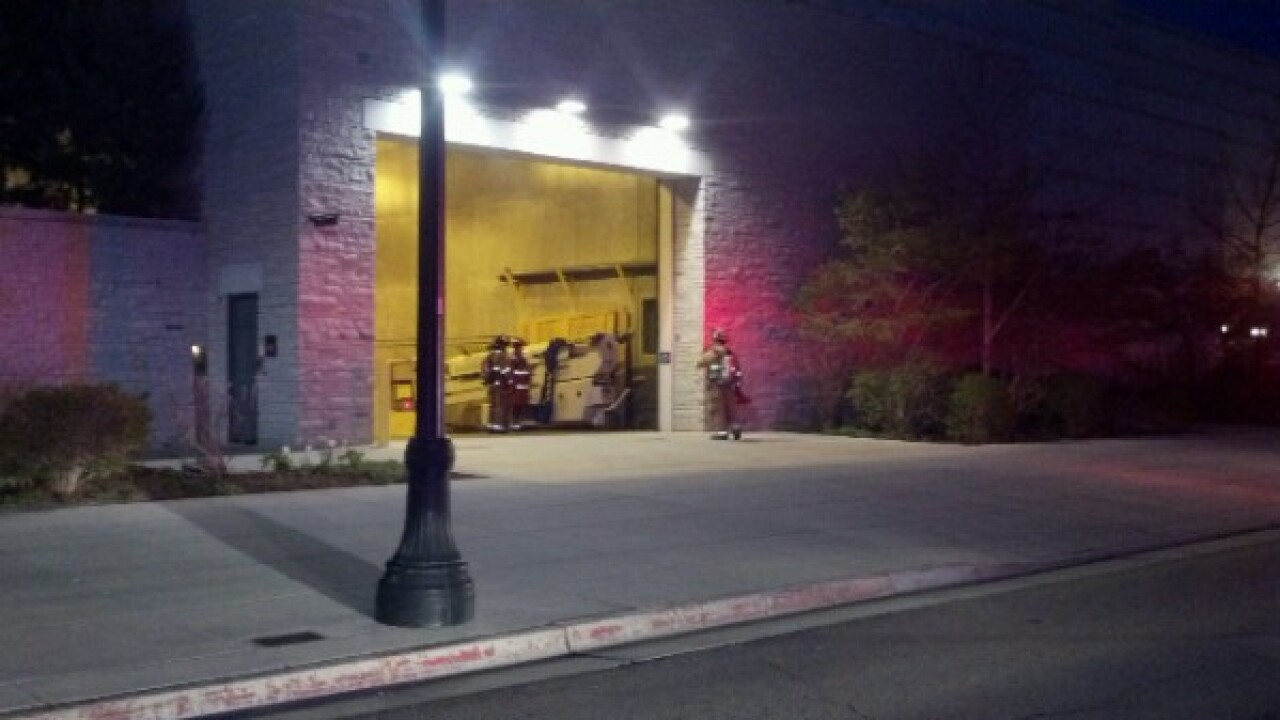 SALT LAKE CITY -- Thousands of gallons of water damaged the LDS Church's Conference Center at Temple Square after a fire was reported in a mechanical room above the pulpit.

The incident was declared a 2-alarm fire because of the location near Temple Square and the 40 firefighters summoned to the scene, said Salt Lake City Fire spokesman Jasen Asay.

The fire was first reported about 8:15 p.m. Monday in a room above the pulpit. On Tuesday morning, Salt Lake City Fire said it appeared the fire started at a bank of backup batteries in a mechanical room.

"We know there was a fire in the mechanical room. There were two sprinklers that put the fire out, but along with putting the fire out, they also caused a lot of water damage," Asay said.

The internal sprinkler systems dumped thousands of gallons of water, which poured into the 21,000 seat auditorium. The room is located directly above the pulpit.

"The first 10 rows have water damage. The carpet there has damage. We were able to put some tarps over some of the seating to protect them along with some of the camera equipment," said Asay. "We got some of the television equipment moved out of the way. But it did take a while for us to find out exactly how to turn that water off to get it off before too much water had fallen."

No damage estimate was available late Monday. In a statement Tuesday, the LDS Church said:

The fire at the Church Conference Center was limited to a backup power supply cabinet in an electrical control room above the main auditorium. Two sprinkler heads functioned as designed and extinguished the fire.  Water overflow to the auditorium floor below was limited to a 50-foot area in front of the podium but did not cause significant damage. Water in the affected area has been extracted and fans are being used to dry the carpet and chairs.  The actual cause of the fire remains under investigation.

The LDS Conference Center is where leaders of The Church of Jesus Christ of Latter-day Saints address Mormon faithful at the semi-annual General Conference. It is also used for other productions put on by the church.